The Augusta Ramble Concert Series is excited to present the highly acclaimed and talented One Way Traffic to the Augusta Harmonie Verein stage on Saturday, January 21, at 7 pm. 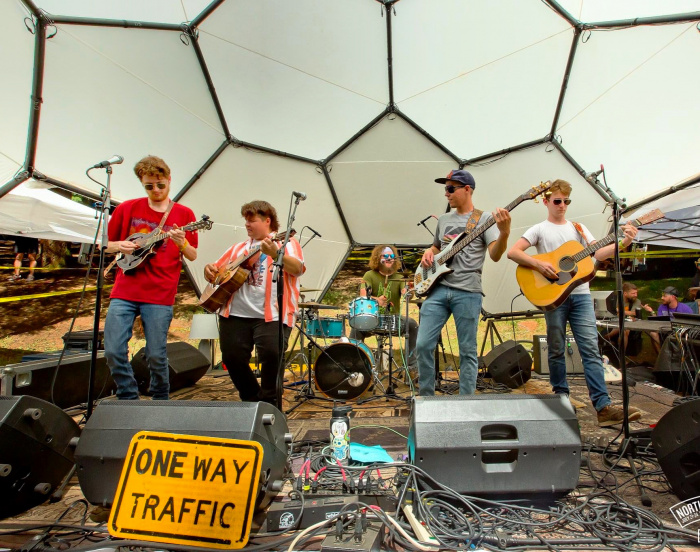 Born from an open-mic bluegrass jam in St. Louis, Missouri, One Way Traffic is a five-piece band with an eclectic sound. Inspired greatly by Americana, Blues, and Jazz, the band combines their influences to create a gumbo chock-full of musical deliciousness and surprise.

In just four years together, One Way Traffic has quickly established themselves as a premier band within the St. Louis music scene. They continue to sell out shows monthly at the storied Broadway Oyster Bar and play world-class venues like The Sheldon Concert Hall, The Pageant, and Old Rock House.

Their ability to connect with fans in their hometown has led them to stages across the country with bands like Yonder Mountain String Band, Kitchen Dwellers, Leftover Salmon, Split Lip Rayfield and Twiddle. You can often spot their name on festival lineups like Blue Ox, John Hartford Memorial, and Pickin’ On Picknic. After releasing their first album in 2019, they won the band competition at Northwest String Summit.

Tickets are $12 at the door. Doors open at 6:30 p.m. Alcoholic beverages, soft drinks and snacks are available for purchase and benefit The Augusta Heritage Foundation. Attendees are welcome to bring their own snacks.