On Saturday, Oct. 27th, 2018, Todd Joerling of New Melle was inducted into the ASA/USA Softball Hall of Fame. With this induction, Todd becomes just the third player to date (joining Michael Macenko and Bruce Meade) who have made it into all four major softball Hall of Fames: the ISA, NSA, USSSA, and now ASA/USA.

Michael Macenko is a former teammate of Todd’s. He remembered when Todd joined the Steeles Sports team in 1989, “After the first week you could see that Todd had a gift to play baseball. He went to Southwest Missouri State on a baseball scholarship. He pitched for two years and then developed Tendinitis and redshirted  [stayed out of the game to rehab/redevelop] and then came back to play the outfield. So when Todd started out with us Dave [Neale] had him in the outfield. Yes, the outfield.”

Todd spent the bulk of his career playing Short Stop and Third Base. Macenko said, “Todd Joerling is one of softballs’ all time great players, and quite possibly the greatest shortstop that has ever played the game.”

Todd has a .720 lifetime batting average and is a 2-time Gold Glove Winner. Macenko said, “Todd did not earn the nick name ‘Farm Animal’ because he was weak. He was probably the strongest guy on the team. He was a big time clutch hitter and another player that the word “Quit” was not in his vocabulary.” Macenko remembered one hit in particular, during the ASA Super World Series in 1991. It was two o’clock in the morning, Todd hit a ball over the Marlboro Man standing in left center. “It was one of those hits where nobody said anything. Their jaws just dropped as Todd circled the bases.”

In his career Todd was a part of 13 National Championship teams, a 31-time All-World selection and a two-time National Tournament MVP. He is a 7 time National Batting Average Champion, 1 time World Series Batting Champion and a 2 time Gold Glove, as well as countless All Tournament teams. He was named to Super World Series teams in 1989, 1990, 1991, 1993, 1994, 1997, 1999, 2002, and 2003.  In 2009 he was a member of the inaugural Team USA. In 2014, Todd became the first Professional Softball player inducted into the St. Louis Sports Hall of Fame. For a time, Easton Sports, one of Todd’s sponsors, sold a Todd Joerling signature bat.

Todd said, “I’m just appreciative of all the awards, and also all of the support I’ve received. This town has been so great, and my family, in supporting my softball career. My family supported me in letting me off work to play, and my wife, Brandee, and kids Trevor and Darby – their support was incredible. It wasn’t just me. It takes everybody.”

He added, “It also takes great teammates, obviously. If you don’t have a good team, nobody notices you. Plus the sponsors that I’ve had like Easton Sports, Louisville Slugger, Worth Sports, Steele’s Sporting Goods, and others – they are a great asset to the game. No one would be able to play at the level we did without the sponsors that support the sport and the players.”

Todd retired from professional Softball in 2011 when his son, Trevor, was diagnosed with Hodgkin’s Lymphoma, but he remained involved in the sport. He coaches in, and helped start, the Missouri Fury Girls Fastpitch Softball organization in New Melle. His daughter, Darby, played in that league and is currently attending Missouri State University on a softball scholarship.

Throughout his career, Todd has been respected not only for his athletic achievements, but also his personal character. His bio from the National Softball Association Hall of Fame states Todd’s achievements “are superceded only by his character both on and off the field. Todd has been a genuine ambassador for the sport of softball and because of his gentlemanly manner in which he carried the ambassador banner he has been called the modern day Bruce Meade.” The NSA said Todd “is one of softball’s all time truly great people.” 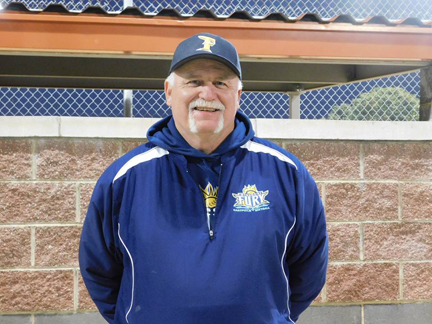 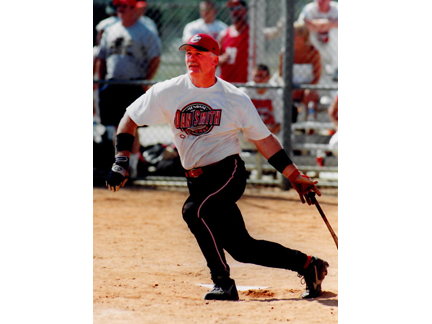 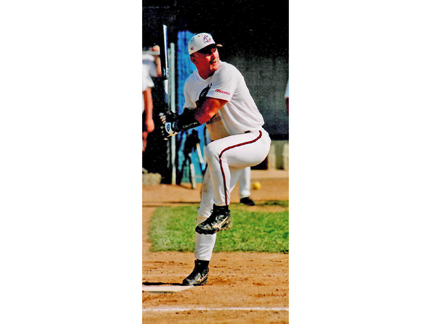 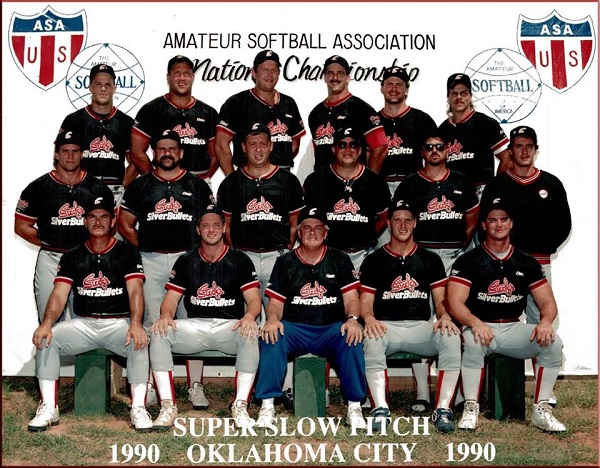