The Mary and Martha Circle at St. John’s UCC-Foristell/Cappeln hosted their annual Ladies Luncheon on Saturday, April 27th. The theme for this year was “Aloha Spring.” Participants were encouraged to wear Hawaiian attire, and everyone received a complimentary lei to go with their outfit.

The stage this year was an outstanding example of imagination and creativity, featuring huge pineapples and palm trees fashioned from balloons and conduit pipe. Congratulations to Mendy Brakensiek and her family for their outdoing themselves once again on the decorations.

The entertainment was a fashion show featuring women from St. John’s modeling clothing from Catala Facial Retreat and Boutique in New Melle. Carla Brakensiek, owner of the boutique, gave a fun and informative presentation, full of helpful tips on fashion and skin care, and filled with enthusiasm and humor. Several people commented that the program was one of the best ever.

In keeping with the tradition of this annual event, the lunch was served by a group of now very experienced gentlemen servers from the congregation -- also dressed in the Hawaiian theme.

Spokesperson Carole Lattimore thanked everyone who attended and all who helped in any way. There was also a special tribute in honor of long-time member, Bonnie Hicks, who passed away this past February.

The Mary and Martha Circle is a ladies group from St. John’s UCC which meets monthly on the third Thursday at 1:30 p.m. in the Family Life Center, 60 St. Johannes Lane, Cappeln, MO.

Proceeds from this event support numerous activities, all benevolent in nature, which have helped many causes. Members of the group are also big supporters of the New Melle Food Pantry and the Troops Mission of St. John’s that has been ongoing for 11 years. 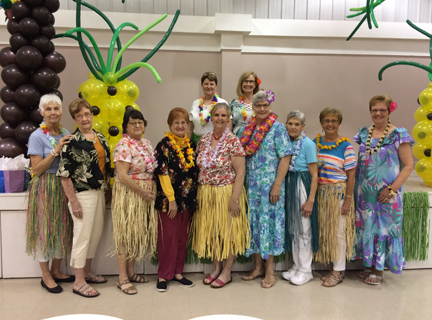 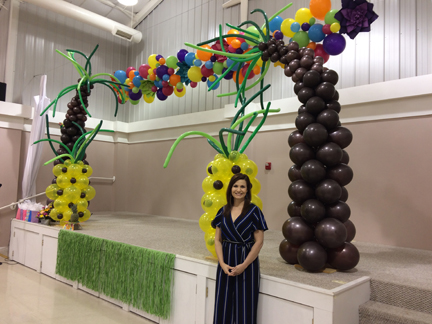 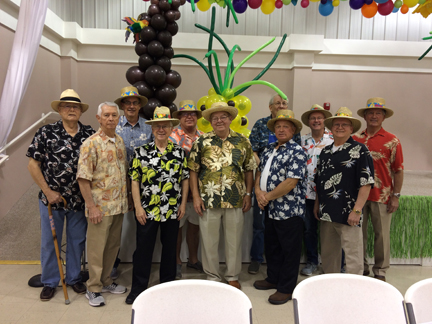 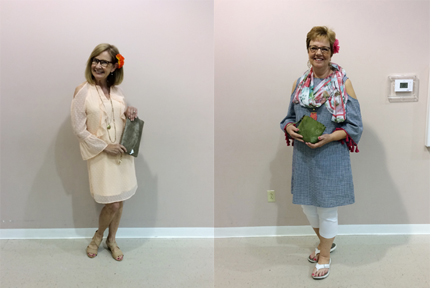 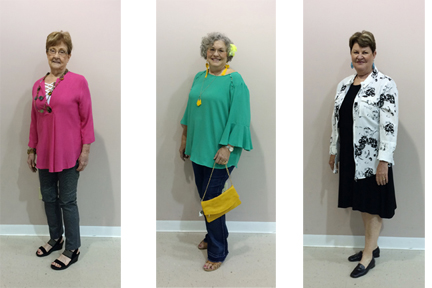 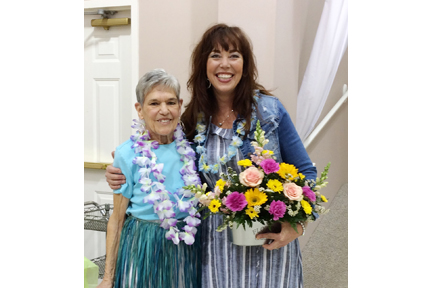 On behalf of the the Mary and Martha Circle, Carole Lattimore (left) gave Carla Brakensiek
a spring flower arrangement for hosting the fashion show. 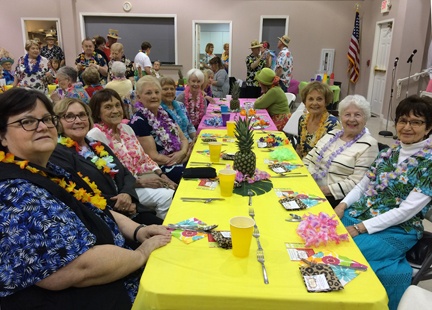 Friends from Immaculate Heart of Mary Church in New Melle. 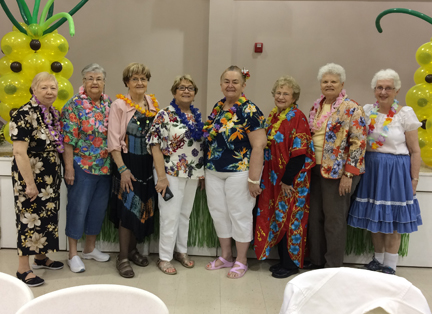 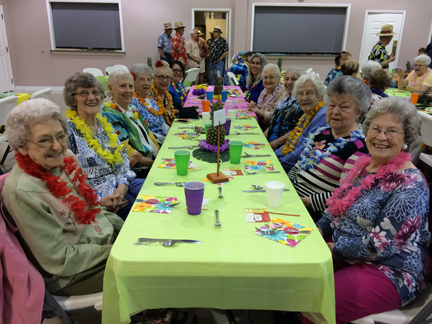 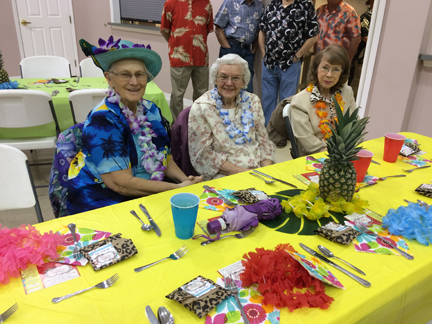 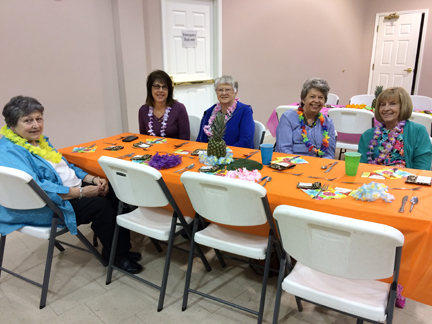 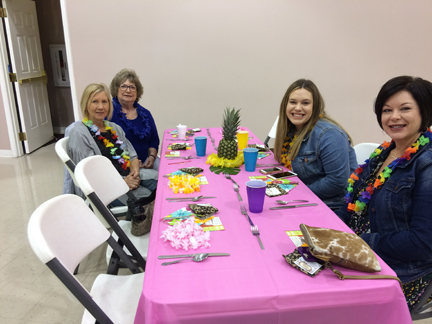