Over 45 people participated in the 1st Annual New Melle Festival Gizzard Run on Saturday June, 15, 2019. There were 3 walk/races to choose from, in various age categories.

There was a 1K fun walk/run through the streets of town, plus a competitive 5K run/walk and a 10K run that followed Hwy Z and Foristell Road to the Park at New Melle Lakes.

A special thanks to everyone who participated, and also to the volunteers who helped plan and orchestrate the race. 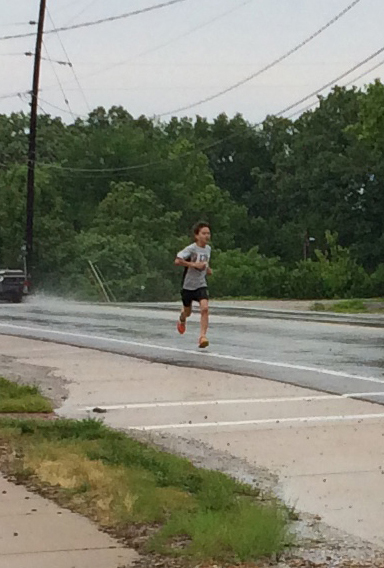 The first person to return to the finish line was 11 year old
Jaden Elgin who ran the 5K in 20:59. 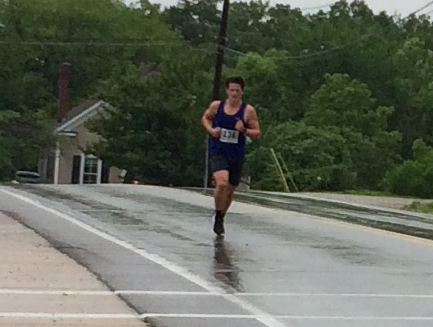 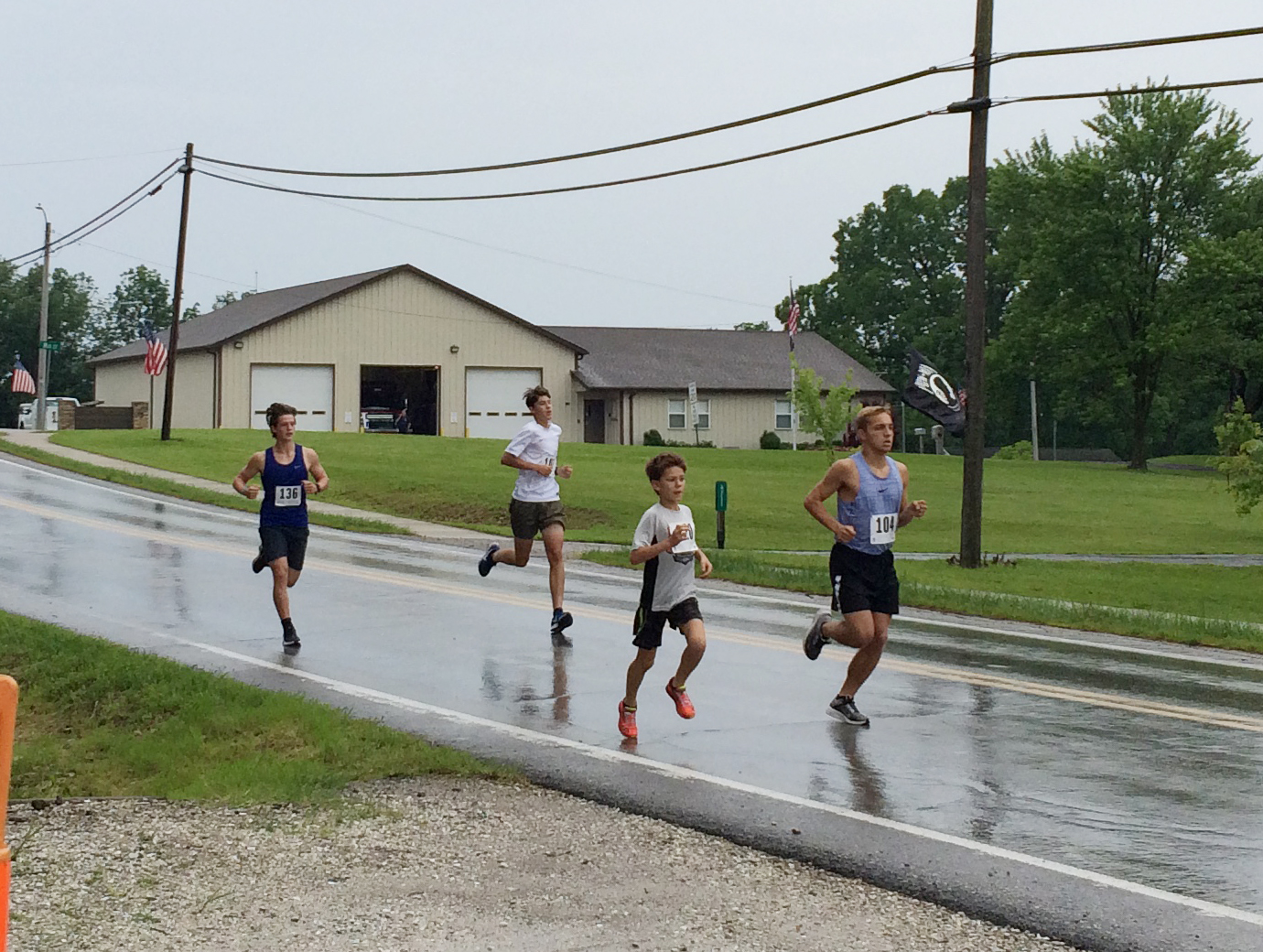 Jaden and Joel were part of a group of 4 who led
the pack at the beginning as they went past NMSR on Hwy. Z. 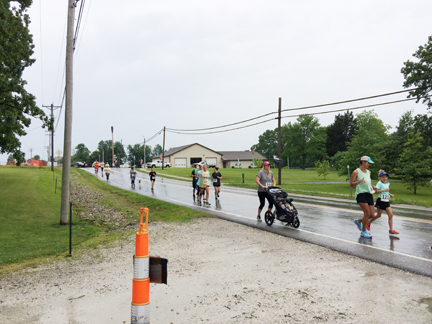 Children under the age of 10 received a participation medal. 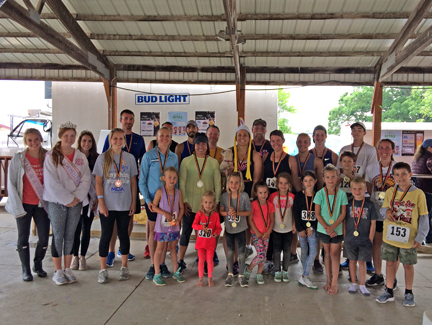 A group photo of those who received medals. 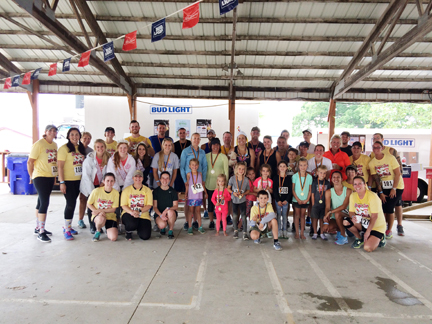 All the participants (that were still on site at the time of the photo.)