This past Spring, Carol Ramey retired after 46 years of working at Dan’s Country Meats on Mill Street in New Melle. Her retirement was officially celebrated August 3rd at a reception hosted by the business owners, Jim and Karen Joerling, at The Quarry Wine Garden in New Melle. Several past and present co-workers attended the celebration.

Carol started back in 1973, working for then owner, Dan Benne, a couple of days a week. Her scheduled varied depending on work load. Some weeks were busier than others, particularly through the fall sausage dinner and hunting seasons.

She applied for the job at the recommendation of Dorothy Schmidt, who worked for Dan and told Carol he was looking for some part time help. Other coworkers at that time at that time included Dan’s sister, Sandy Molitor, Ruth Schemmer and Mike Stevener.

Back in those days, the Bavarian Smoke Haus did not yet exist, but people could buy milk, lunchmeat, soda, liquor, cigarettes and sandwiches at the butcher shop. “And we played Pitch (card game) every day at lunch time. Sometimes, people from the community would stop in and join in the game,” Carol said.

Over the years, Carol has had many different co-workers and developed many close friendships. The social aspect of the job is what she enjoyed the most – seeing and talking with people in the community – and that’s the part she misses most.

In appreciation for her dedicated years of service, Jim and Karen gave Carol a beautiful glider/rocking chair to relax in now that she has more time on her hands. However, Carol says she’s staying busy. She and her husband, Ralph, have two daughters, Vicki Zuhone and Linda Greiwe, 3 grandchildren, and 2 great grandchildren.  “It seems like we’re always running somewhere or doing something. We babysit occasionally, and run the great grandkids to and from school or activities. We also travel a little. I haven’t been bored!” she said.

Congratulations to Carol, and may she enjoy many happy, healthy years of retirement! 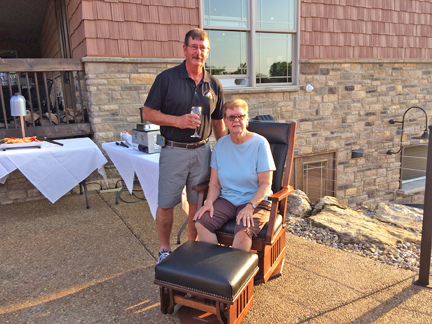 Carol Ramey trying out the rocking chair she received from
Jim and Karen Joerling, owners of Dan's Country Meats. 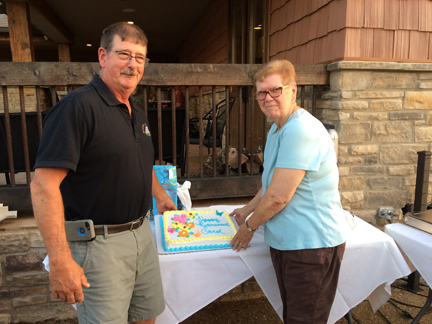 Carol and Jim with the cake. 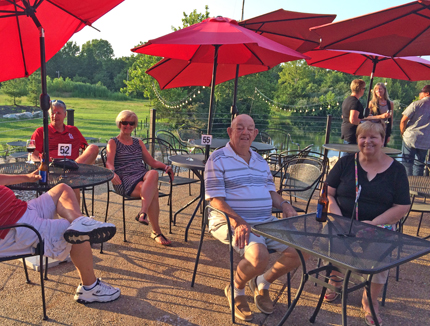 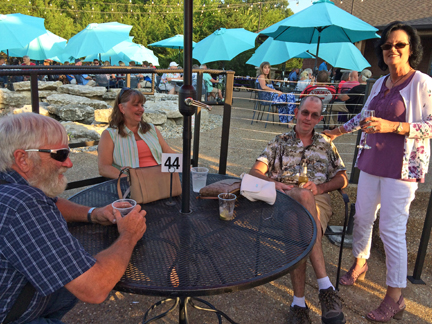 Co-workers Sue Kohler and Scott Ehlmann with their spouses.