A new music video featuring the landscape of Augusta and Washington, MO has been produced by a local songwriter and musician. Gloria Attoun (Bauermeister) of Augusta, Missouri has produced a music video called “The Arrowhead.”

The scenes in the music video feature the beauty of the woods and fields in Augusta and scenic images of Washington.  The song is featured on Gloria’s first solo album, “Seeds” which was released in 2005.  “I’ve always wanted to make a video of the song because I had specific visions and scenes going through my head when I wrote it.  I finally decided to make it fifteen years later,”  Attoun-Bauermeister said.

The video is thought-provoking and humorous and is about what we leave behind when we go.  It’s about our possessions and stuff we accumulate.   The video can be seen on youtube at the following link:  https://www.youtube.com/watch?v=Qj9FHVaJfxs.  Gloria will also feature the music video at her solo concert on Friday, February 7th at 8 pm at The Focal Point listening room, 2720 Sutton Avenue, St. Louis.  Gloria is also a Creativity Coach and will facilitate a workshop called:  “Creativity:  Next Steps” on Saturday, February 8th from 1 pm until 3 pm at The Focal Point at 2720 Sutton Avenue in St. Louis.  For more information on the concert or the creativity workshop, visit www.gloriaattoun.com.

Attoun-Bauermeister has produced other music videos including “The Bottom Road Song” about Augusta Bottom Road. She also plays as a duo with her husband, Michael Bauermeister and with the roots-based band, The Texas Giants. All videos and original songs can be seen and heard by searching for Gloria Attoun youtube or by going to Gloria’s website at www.gloriaattoun.com. 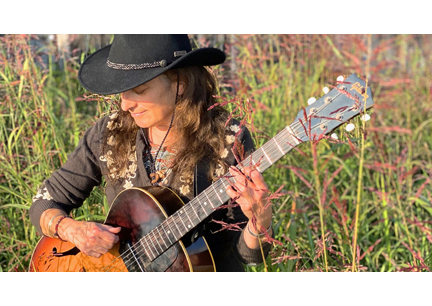