The New Melle Fire Department held their annual awards and appreciation banquet March 7, 2020 at Fireside Bar and Grill. Board Secretary, Mark Shell welcomed everyone and congratulated the paid and volunteer firefighters on another good year.

“We had no injuries – and haven’t had any injuries for 4-5 years or longer. We are financially stable, well-equipped, well-staffed, and are fulfilling our mission to the taxpayers.”

Massey said the department’s long-standing safety record has resulted in a 28% discount in insurance rates, a significant amount, “So congratulations, and keep up the good work.”

Shell shared a story of a recent traffic accident that he was involved in which gave him a new appreciation and respect for the job that first responders do. Shell said, “You deal with people when they are at their worst. They may be upset, scared, injured, in pain, angry, in shock, nervous, etc. You guys are the first people on the scene and not only must you deal with people in various physical and emotional conditions, but you must also assess the scene, try to proceed in the safest possible manner, and often times, put your own lives in danger in order to help others. That dedication and spirit of service is admirable and deeply appreciated.”

Shell said he knows that spirit of service wains sometimes, especially when someone drives through an accident scene too fast or thinks they can put out a fire better than you. There can be frustration, and I just want you to know you are appreciated.”

Department Chief, Rick Massey, said, thanked the community for their support. The department has become a fixture in this community. He talked about changes that have happened in the 40 years he’s been involved in the department. “We’ve come a long way, and we have the board and their leadership to thank for that – their guidance and support, and the community’s support – has brought us a long way in terms of buildings, equipment, financial management, and more. They’ve done a great job.”

All three members of the Board of Directors were presented with a special distinguished service award: John Loyd-Board President, Mark Shell-Board Secretary, and Mike Moore-Board Treasurer.

Service awards were presented to the following volunteer and paid firefighters for their years of service to the New Melle Fire Protection District:

Before the meeting ended, Chief Rick Massey announced he plans to retire sometime in 2021. He said, “I'm very proud of the New Melle Fire Department. There is not another department like ours out there. There is a closeness and camaraderie here that is often lost in larger departments. We have a great group of people who work well together. I hope that never goes away, but I also know that a change in leadership will bring a new excitement to the district, new ideas, and new enthusiasm to carry the district forward into the future.” 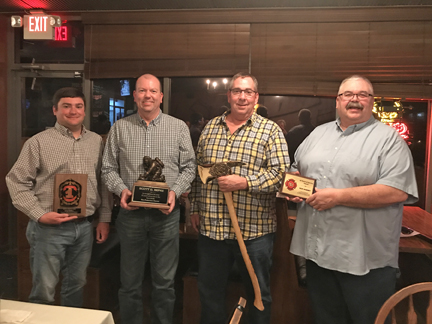 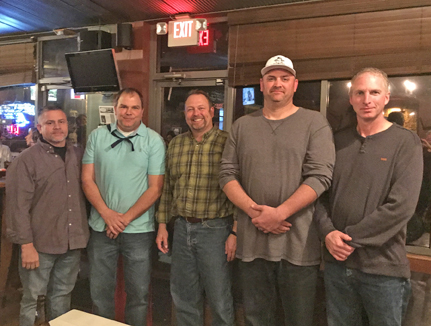 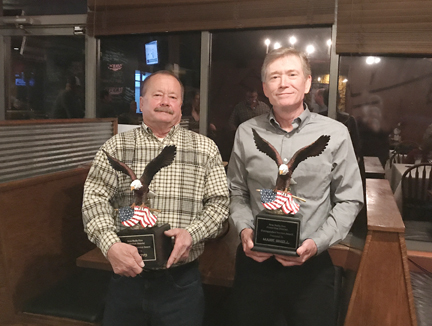 The NMFPD Board Members were honored for their service and leadership:
John Loyd-Board President, Mark Shell-Board Secretary,
and Mike Moore-Board Treasurer (not pictured).
Prev Next
Category: News / Community Interest