He hopes to put a halt to hysteria about the Asian giant hornet.

“The name circulating on social media is misleading,” Rice says. “Scientists do not use the term murderous to describe this interesting insect. These headlines sound like something from a Stephen King story and instill unnecessary fear.”

“The Asian giant hornet is not typically aggressive and only attacks people when its nest is threatened,” says MU Extension horticulturist Tamra Reall.

In Japan, fewer than 50 people per year die from the hornet’s potent venom. To put this in perspective, more than 200 people die in the U.S. each year from vehicle accidents involving deer, Reall says.

The hornet is not present in the Midwest now. “It is also extremely unlikely it will ever move here,” says Rice, with emphasis on “extremely.” In 2019, entomologists found and eradicated one nest in Vancouver, Canada. One dead wasp was found in the state of Washington.

The hornet prefers mountains and lowlands. It dislikes plains, especially areas where humans live. A native of eastern Asia and Japan, the hornet can adapt to new environments, but Rice still says it presents “minimal, if any” danger to humans in the United States.

Measuring about 2 inches long, the Asian giant hornet is the world’s largest hornet. It is about three or four times larger than other wasps in the United States. Reall and Rice are concerned that people worried about “murder hornets” will spray native wasps and hornets that pollinate plants and provide important biological controls for agriculture.

The real danger of Asian giant hornets is to bees. The hornets can kill entire hives.

Asian honeybees have found two ways to fight back. In a technique called “heat balling,” bees surround the hornet, flap their wings rapidly and generate heat that kills it. Some honeybees make a paste of flowers and smear it around their hives. The floral pheromones deter the hornets from entering. However, honeybees in North America are unlikely to express these behavioral defenses. 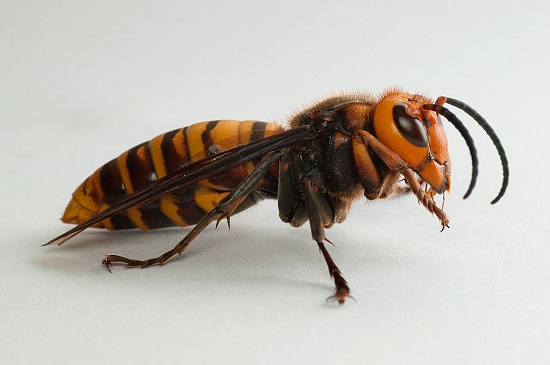 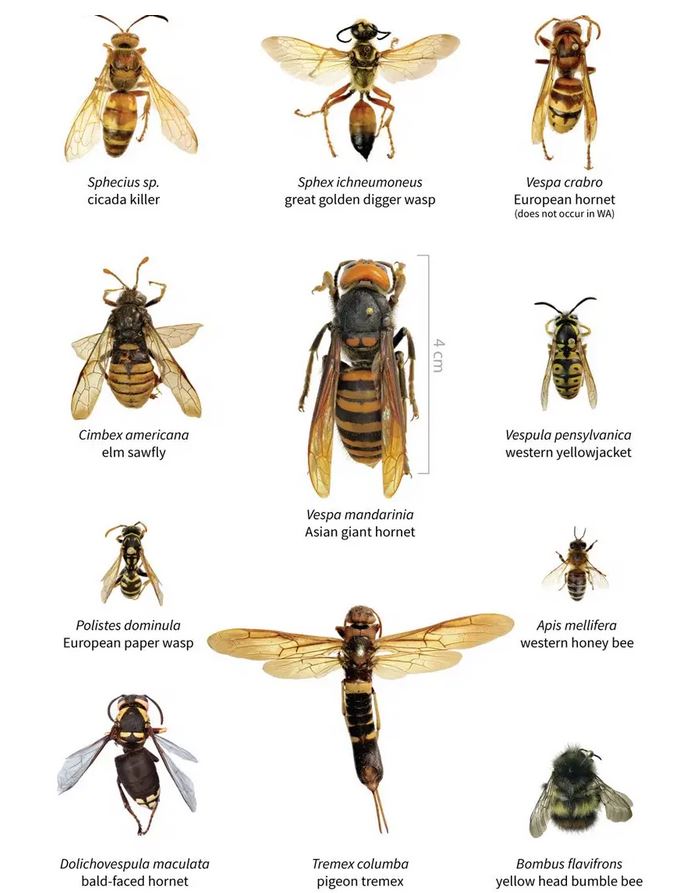