On September 11, 2001, the New York City Fire Department responded to Box 8087 at the World Trade Center. The box alarm was the result of heinous and cowardly acts perpetrated by terrorists. As a result, 343 Brothers lost their lives in the performance of their duties on this terrible day. A day we have vowed to never forget!

As of August 25, 2020, 252 additional Brothers have been lost after succumbing to illnesses related to the exposure of thousands of toxins during rescue and recovery operations in the aftermath of that fateful day.

These 595 flags are presented in their memory for making the ultimate sacrifice.

WE WILL NEVER FORGET! 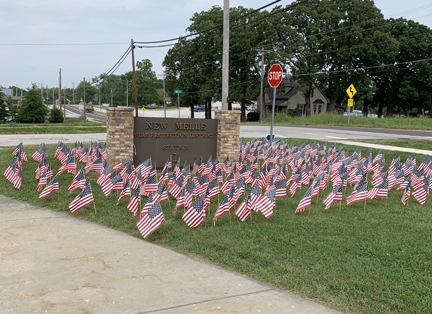 Flags outside Station 1 in New Melle. 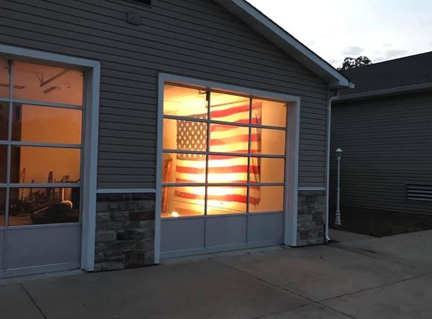 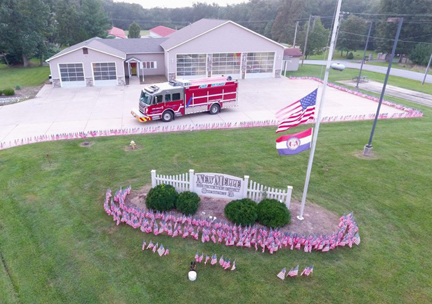