There was a large turn-out for the Defiance Christmas Festival Parade on Dec. 5th. The weather was great and there were lots of parade entries.

The Grand Marshall was Defiance native, John Lacey, and special recognition was paid this year to all front line workers and first responders.

The following prizes were awarded in the parade:

Best Float – Defiance Ridge Vineyards; Best pre-1960s vehicle – 1948 Ford Car Hauler built and owned by Bruce Becker and Ron Merk; Best post-1960s car – 1971 Chevy Chevelle owned by Dan Nolfo; Best ATV – owned by Kelly Schlake. The most liked pet on Facebook was won by a dog named Tilly, owned by Craig Gnade.  The Best Dog was Ceasar, a great pyrenees owned by the Kopmann family. The Best Dog Owner Ensemble went to "Daisy" owned by the Graves family. The Best Horse owner ensemble award went to a couple of “Rein-goats” and their owners; and the Best Horse award was shared by a group of four friends who just decided to bring their horses and ride them in the parade. (Sorry, no names available.)

Other highlights of the day included entertainment at the “S” curve by the Scott and Karl Duo, pictures with Santa for the little ones, a vendor fair, and more.

The Defiance Merchants Association thanks everyone who participated in any way. It was a great event to kick off the holiday season! 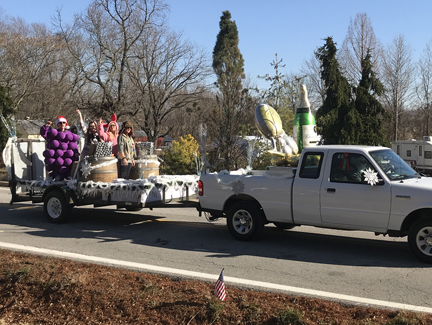 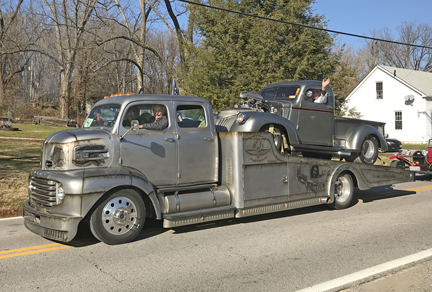 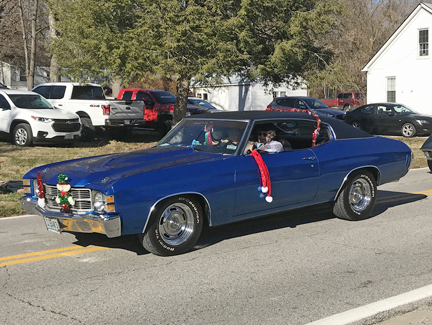 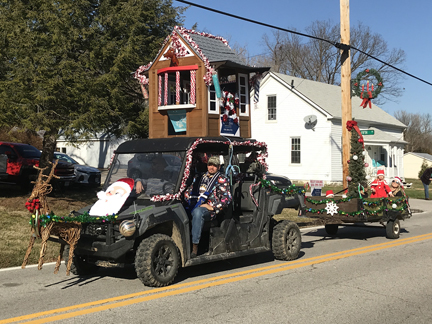 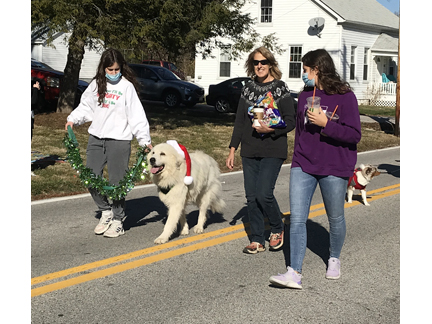 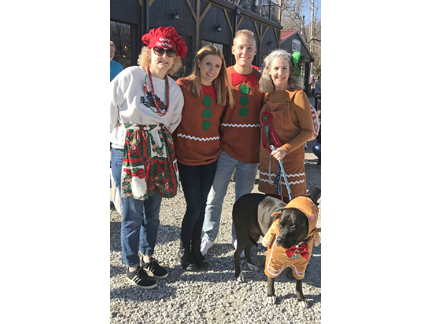 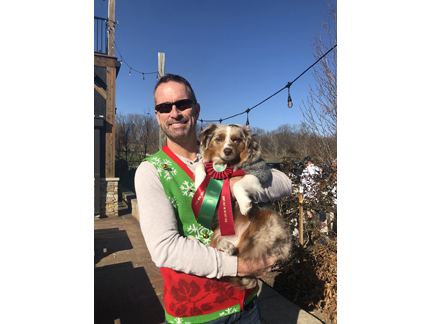 Most "Liked" dog on Facebook – Tilly, with her owner Craig Gnade. 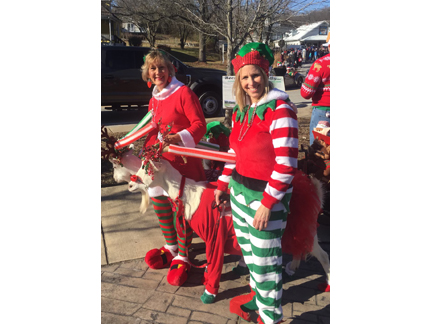 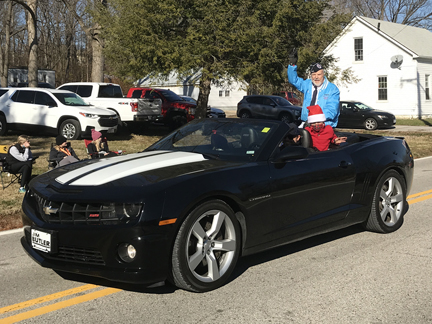 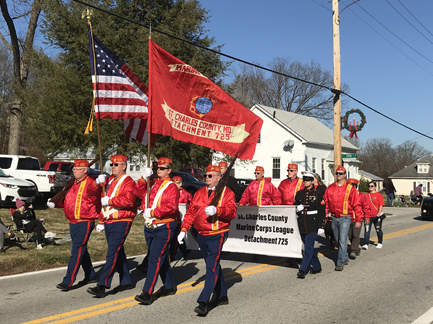 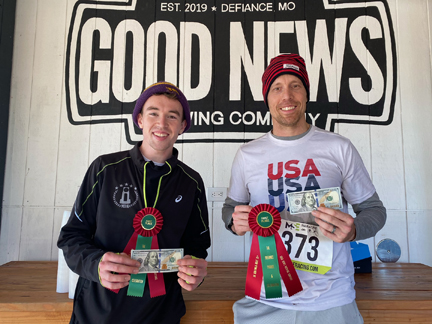 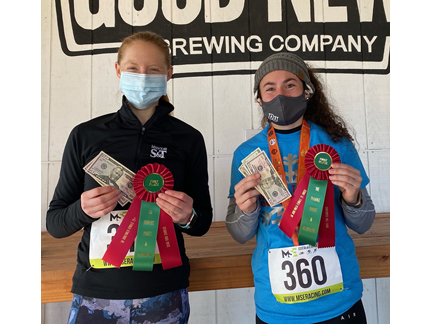 Photos of the "Most Liked" Dog on Facebook, Best Horse/Owner Ensemble,
and the Dashing Through Defiance winners courtesy of
Olivia Biele/Defiance Merchants Association.