Historic Pitman Cemetery Gets a Facelift

Historic Pitman Cemetery Gets a Facelift

Published: August 03 2021 | Print | Email | Hits: 892
Tweet
The Pitman Cemetery in Cottleville, the resting place of one of St. Charles’ Revolutionary War Veterans, is getting a facelift. Jacob’s Ladder (stonesdoneright.com), a well-known cemetery restoration company has started the process of restoring Pitman to its former elegance. Penny Pitman, a descendant of Thomas Pitman, the brother of John Pitman, the Revolutionary War Veteran, spearheaded the effort to restore and fix the stones. She contacted other family members and interested parties and received support from the City of Cottleville, Pitman Funeral Homes, Jim Pitman, and Eric Pitman.

The cemetery had fallen in disrepair over the course of 200 years. About 12 years ago the Saint Charles Chapter of the Daughters of the American Revolution cleared out the brush and reset some of the stones with the help of Ida and Carl Gerdiman, well known grave restorationists. The Boone-Duden Historical Society helped clean up and restore some of the stones also.

“We are fortunate that individuals and groups like the DAR, Boone-Duden Historical Society and the City of Cottleville have kept track of these early settlers, who included Revolutionary War veterans, and preserved their graves. This is a family burying ground that might have been destroyed without that attention,” said Penny Pitman.

It is believed that about 30 people are buried in the cemetery according to Boone-Duden Historical Society, including some enslaved people. John Pitman served during the Revolutionary War under George Rogers Clark and fought with Daniel Boone at the battle of Boonesborough. He served as St. Charles County Representative to the Missouri Constitutional Convention for statehood, and served as first tobacco commissioner. He had come here with his family in 1811 from Kentucky following along the same pattern as did Daniel Boone and his family.

The Pitman Cemetery is one of 12 cemeteries featured in a countywide Missouri Bicentennial Virtual Cemetery Tour. 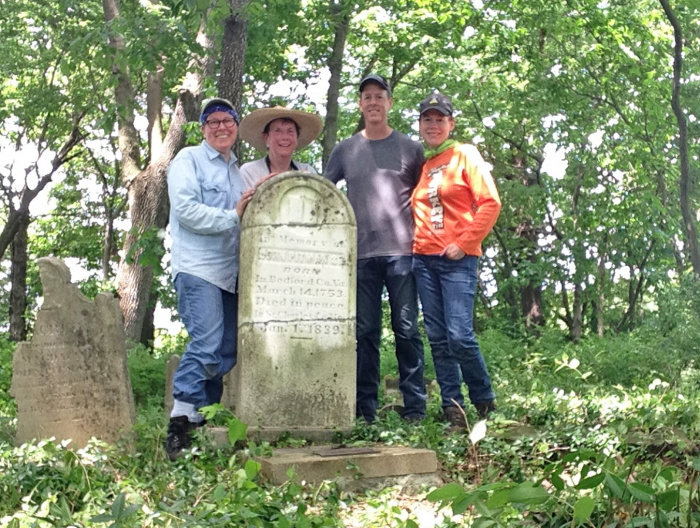 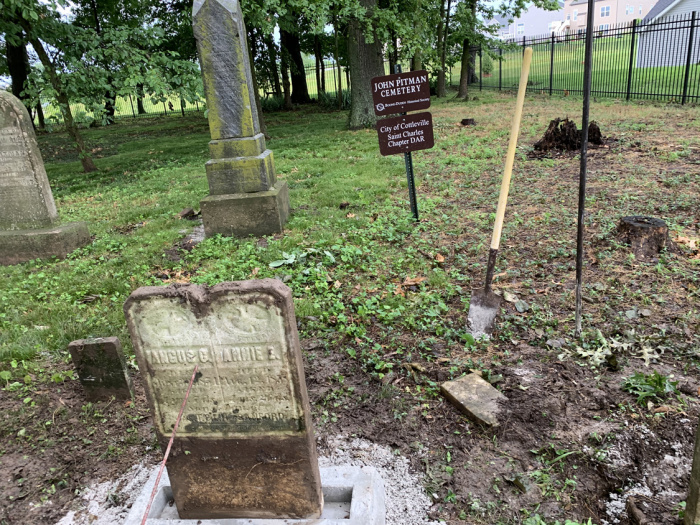 One of the marker stones being restored.