Published: August 03 2021 | Print | Email | Hits: 469
Tweet
At the New Melle Viking Elite baseball picnic on July 13th, George Schmidt received recognition for his many years volunteering with youth sports. He was presented with a plaque that read: “Legendary Coach George Schmidt. Thank you for over 40 years of service to Youth Sports in New Melle.”
George, for the past 40 years, has spent much of his free time, beyond work and family time, providing some form of support, coaching and volunteerism to the New Melle and Francis Howell sports community. Michael Reth, Coordinator of the Viking Elite program, said “We were lucky enough to have George participate in the first year of Viking Elite Sports Academy, first as a coach in Winter Camp and then throughout the spring baseball season. During winter camp, many of the parents shared stories of how ‘Coach George was part of their youth sports experience growing up in New Melle.’ It was an honor to have him part of our coaches group within this new program.”

George has always been willing to lend a hand, whether coaching, keeping score, volunteering at New Melle Sports and Rec Work-Days and much, much more. You can also find him watching many of the Francis Howell teams compete throughout the season. He has influenced many baseball and softball players over the years, and probably no one more than his son Justin, who has been a high school coach for over 15 years in the Francis Howell School District.

Reth said, “George has been an instrumental part of the athletic community for decades and we felt it was time he received proper recognition for this accomplishment. From all of us at Viking Elite and the surrounding communities – Thank you, George, for all your years of service!” 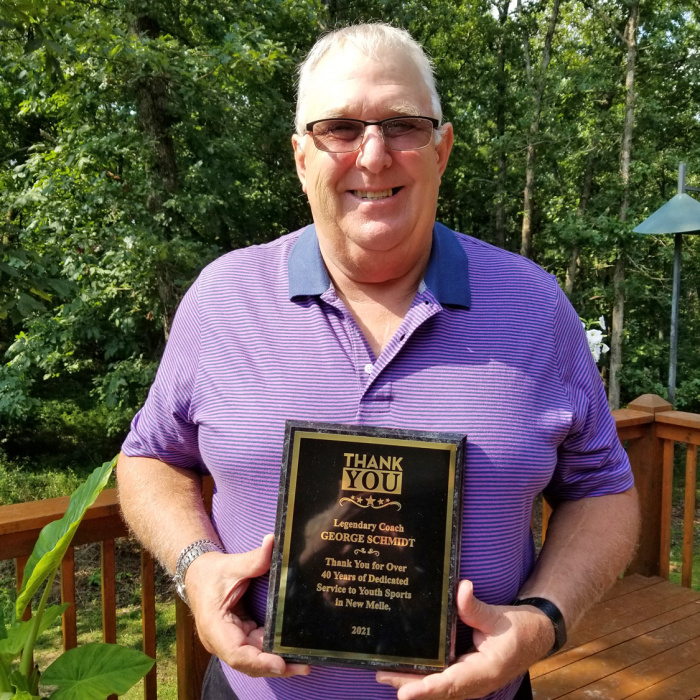 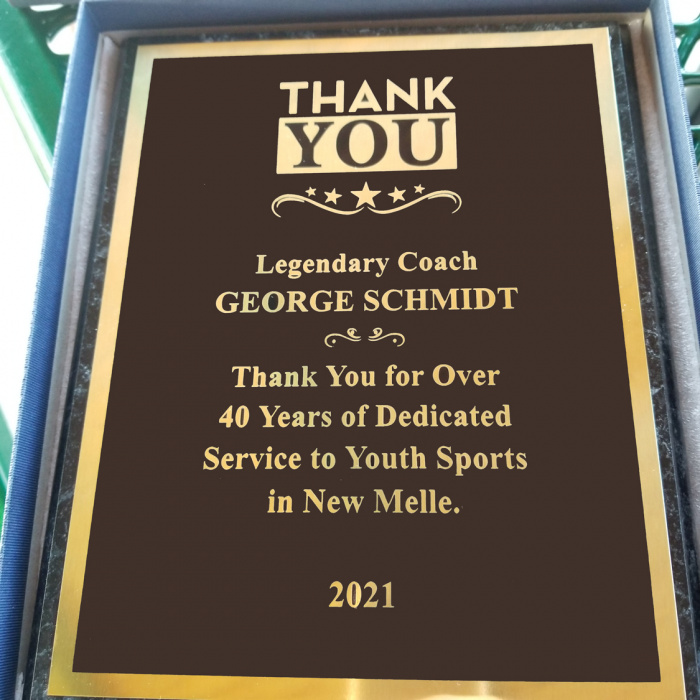