Published: October 06 2021 | Print | Email | Hits: 881
Tweet
Spreading feed to attract deer for hunting is against the law, unethical, and increases the risk of disease among deer.

St. LOUIS, Mo.—One of the highest tenants of ethical hunting is the concept of fair chase.  Baiting deer goes against fair chase by giving a hunter an unfair advantage.  It is also illegal.  But with a fatal disease threatening Missouri’s deer population, the consequences of baiting could have a far more negative impact than the deer that are taken illegally.

The Missouri Department of Conservation (MDC) reminds hunters that taking deer by use of bait is prohibited by The Wildlife Code of Missouri.

“Deer baiting is putting out some sort of grain for attracting deer, so they can be harvested.  It concentrates deer in an area and takes the sport out of it,” said MDC St. Louis Regional Protection Supervisor Captain Scott Corley.  Corn is one of the most common attractants used for bait, said Corley, but the use of other crop grains can also constitute baiting.

Problems with deer baiting are amplified due to the presence of Chronic Wasting Disease (CWD) in the St. Louis Region.  CWD is a neurological disease that is fatal to deer.  The disease has been confirmed in Jefferson, Franklin, and Crawford counties in MDC’s St. Louis region, as well as 15 other counties elsewhere in the state.  A total of 206 Missouri free-ranging deer have tested positive since 2011.

“When you concentrate deer in a certain area the spread of disease is more likely,” explained Corley.  “So, we’re trying to keep the spread of it down.  We don’t want to expand further through our deer herd,” he said.

CWD can be transmitted by deer-to-deer contact, or exposure to contaminated saliva, urine, or feces.  Baiting deer brings more animals into proximity and enables the disease to spread further within the deer population.  Once contracted, CWD will eventually be 100% fatal to the infected deer.

Conservation agents in the St. Louis Region will continue their efforts to patrol for baiting violations during the 2021 fall deer hunting season, Corley said.

Doe urine and other scents, such as apple, acorn, and persimmon, may be used to attract deer by hunters, so long as they are not used on or with grain and other food products.  While it is legal to hunt over a harvested crop field, it is illegal to add grain or other crops, such as apples, to the field after it has been harvested.  Salt and mineral blocks are permitted outside the CWD management counties unless they contain grain or are placed on conservation areas.  Manipulating crops, such as mowing or knocking them down, is not considered baiting.

Corley feels that prevention is the best solution regarding deer baiting.  “We’d rather educate people than write them tickets,” he said.

Corley also urges citizens to contact their local conservation agent or call the Operation Game Thief Hotline (OGT) if they see deer baiting or any other hunting violation.  The toll-free OGT number is 1-800-392-1111, and callers have the option to remain anonymous.  Or if they choose, they may be eligible for a cash reward if the tip leads to a conviction. Conservation agents rely on and appreciate the eyes and ears of Missouri citizens to help make them aware of potential wildlife violations.

“We need to protect our deer herd; it’s pretty important here in the state of Missouri,” Corley said. 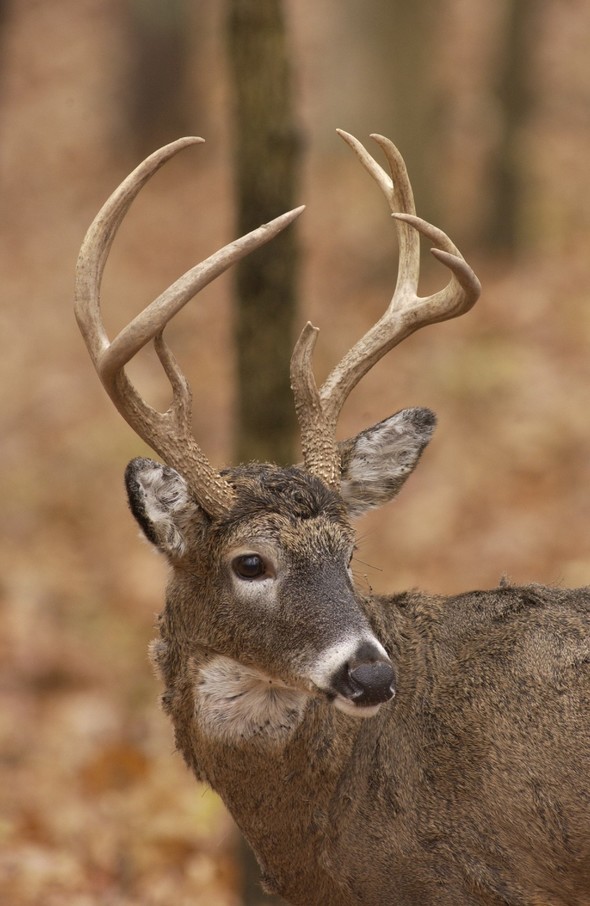 St. Louis region conservation agents are increasing their enforcement
efforts to curb deer baiting during the fall 2021 hunting season.
The practice is illegal and can endanger the deer herd by spreading CWD.