UPDATED 12/15/21: Another coordinated volunteer day is planned for Thursday, Dec. 16 and possibly Friday, Dec. 17 to help collect and remove debris. Volunteers can meet at 9 a.m. or shortly thereafter at the corner of Hwy. F and 94 to be assigned to a location to help pick up debris, trim trees, and separate metal from wood, etc. Wear appropriate clothing, gloves, etc. and bring your own tools/chainsaws and supplies. Work may involve picking up trash, removing nails/screws, carrying wood and metal, sawing trees, carrying and piling brush, etc.  NOTE: Hwy. F remains closed to outside traffic. You must check in at Hwy. 94 and F to gain access.

UPDATED 12/13/21 AT 8:45 P.M.  VOLUNTEER HELP AND ITEM DONATIONS ON HOLD FOR NOW
At this time, no more food and drink items are needed at New Melle Fire Station #1.

Response has been overwhelming and more than enough food and drink items have been donated to meet the current needs of the storm victims. The biggest needs now are probably cash or gift cards for meals or specific personal needs as most of them are staying in hotels or with friends/relatives.

Cash/gift cards can still be dropped off at New Melle Station #1. Good News Brewing Co. in Defiance is also collecting gift cards for the victims.

Mass volunteer clean up efforts are also on hold for a few days as insurance obligations are determined. St. Charles County EMS will provide notice in the coming days as plans are developed.

The National Weather Service has determined the tornado that hit the Defiance area Friday evening, Dec. 10, 2021, was an EF3 with at least 165 mph winds, and stretched for approximately 21 total miles. Locally, the greatest damage was reported for about a 3 mile stretch along Hwy. F from Homestead Ridge Drive to beyond Hwy. 94, following Femme Osage Creek for much of that distance.

Multiple homes were completely destroyed, with nothing left but the foundations. New Melle Fire Chief Dan Casey estimated that 25 homes suffered some sort of damage, about 10 of which are severe. Numerous barns and outbuildings were damaged or collapsed.

Three people were transported to the hospital. An elderly couple was inside their home at Stub Road and Hwy. F when the tornado picked up their house and threw it into their neighbors’ yard. The 84-year-husband was able to crawl out of the debris and found his wife, also 84; still on her mattress wrapped in a blanket, but injured. Both were transported to a Mercy Hospital in St. Louis where the woman later died. The husband suffered bruising and abrasions and is expected to recover. All that remains of their home is the foundation and a path of debris.

The house next door to that couple was also completely destroyed, along with a detached garage and five vehicles. One of the vehicles lost its motor and transmission, and the remainder of the car was carried across a large field, a couple of tree lines, and found across Hwy. F in another field. The homeowners, Rich and Marcia Vance, were in the basement and thankfully suffered only minor bruising/abrasions. Friends and neighbors of the victims were on the scene early Saturday scouring the debris field for personal belongings.

Next door, a large barn at Marcia’s grandparents’ homestead collapsed. One cow was trapped in the barn until Saturday morning but appeared to be uninjured. Also nearby, the home of Marcia’s parents was damaged, losing a sunroom and garage. Her parents were uninjured and spent the night with family.

As the tornado continued its eastward track, it collapsed a large barn containing prize-winning horses. A 5-hour rescue operation ensued to dismantle the barn and remove the horses. Five veterinarians were on scene assisting in sedating and treating the injuries. Four of the five horses inside the barn were rescued alive, but one of them later also succumbed to its injuries.

A little farther east, a farmhouse was destroyed and two large barns were severely damaged. Next to that, several homes on Red Barn Lane were damaged, with one family trapped in their basement for several hours, unable to escape due to structural damage. Fortunately, they were not injured.

Significant damage was also done to properties at the corner of Hwy. F and 94 with one home totaled and another significantly damaged, as well as several outbuildings and a large vintage barn.

From there, the tornado crossed Hwy. 94 and tracked along Femme Osage Creek and the Missouri River for several miles, crossing over into the Chesterfield valley area near the Boone bridge where several cars traveling on Hwy. 64 were damaged.

The New Melle Fire Department posted on its Facebook page Saturday morning: “The initial responding crews were met with devastation that hindered the response to the original call from both directions...Crews quickly went to work trying to clear roads of large trees and debris to get equipment where it was needed. Task forces were sent to assist in the incident including multiple departments from St. Charles County and Franklin County. Multiple pieces of heavy equipment, chainsaws, chains and other tools were brought to the scene to assist in access and recovery.”

At a press conference Saturday afternoon, St. Charles County Executive Steve Ehlmann said that rescue efforts were also partially delayed due to downed power lines. He praised Cuivre River Electric and Ameren for their quick responses so fire and ambulance crews could get through. Ehlmann and Captain Chris Hunt, St. Charles County Emergency Management Director, both emphasized that there were not more injuries or loss of life because people heeded the warnings and went to their basements, and strongly encouraged people to take warnings seriously when they are issued. Building inspectors from the county were visiting all the damaged properties on Saturday assessing structural damages and safety.

Chief Dan Casey, New Melle Fire Protection District said, “It’s events like this that really show what our community is made of. Between our volunteer firefighters, all of career firefighters, local businesses and residents along with fire and EMS crews from all over we were able to mitigate the disaster.” He thanked everyone who assisted in the rescue efforts, including the Wentzville Fire Protection District, Lake St Louis Professional Firefighters, O'Fallon Fire Protection District, Central County Fire & Rescue, The Augusta Community Volunteer Fire Department, Frisella Nursery, Mid-Rivers Equine Centre, Homestead Veterinary Hospital, St. Charles County Ambulance District, St. Charles County Regional Emergency Management, St. Charles County Councilman Joe Brazil, other local residents and equipment operators, and anyone else who assisted that evening.

The volunteerism continued in full force first thing Saturday morning with local businesses and residents providing food and drinks yesterday to the victims and volunteers. There was also a 50/50 raffle sponsored by White Wolf Pub and Grill, a coordinated donation and shopping expedition coordinated on the New Melle 411 Facebook page, and collections at The Defiance Road House to address immediate needs for personal care items, clothing and other needs.

Additional information may be posted later as it becomes available. 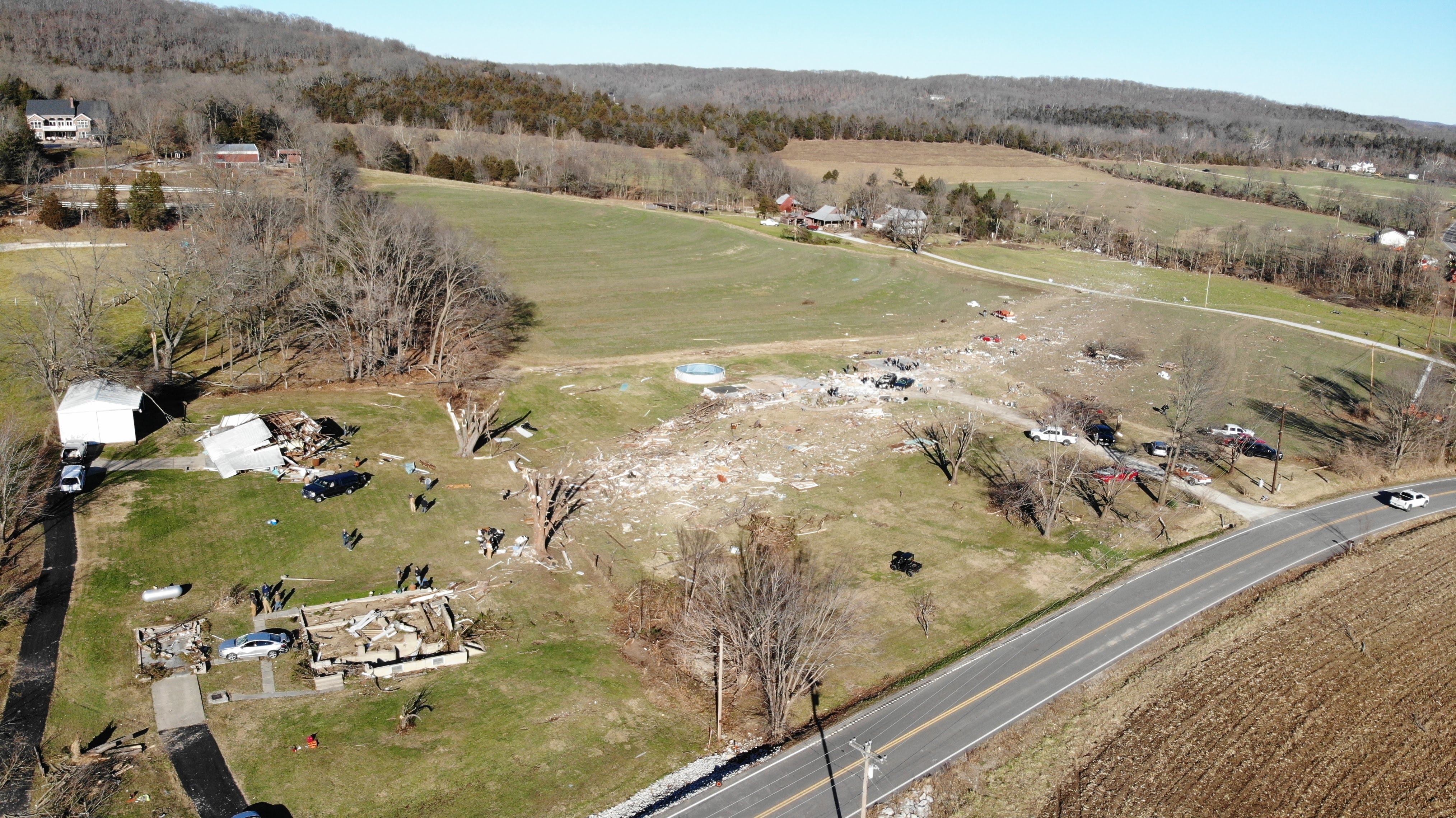 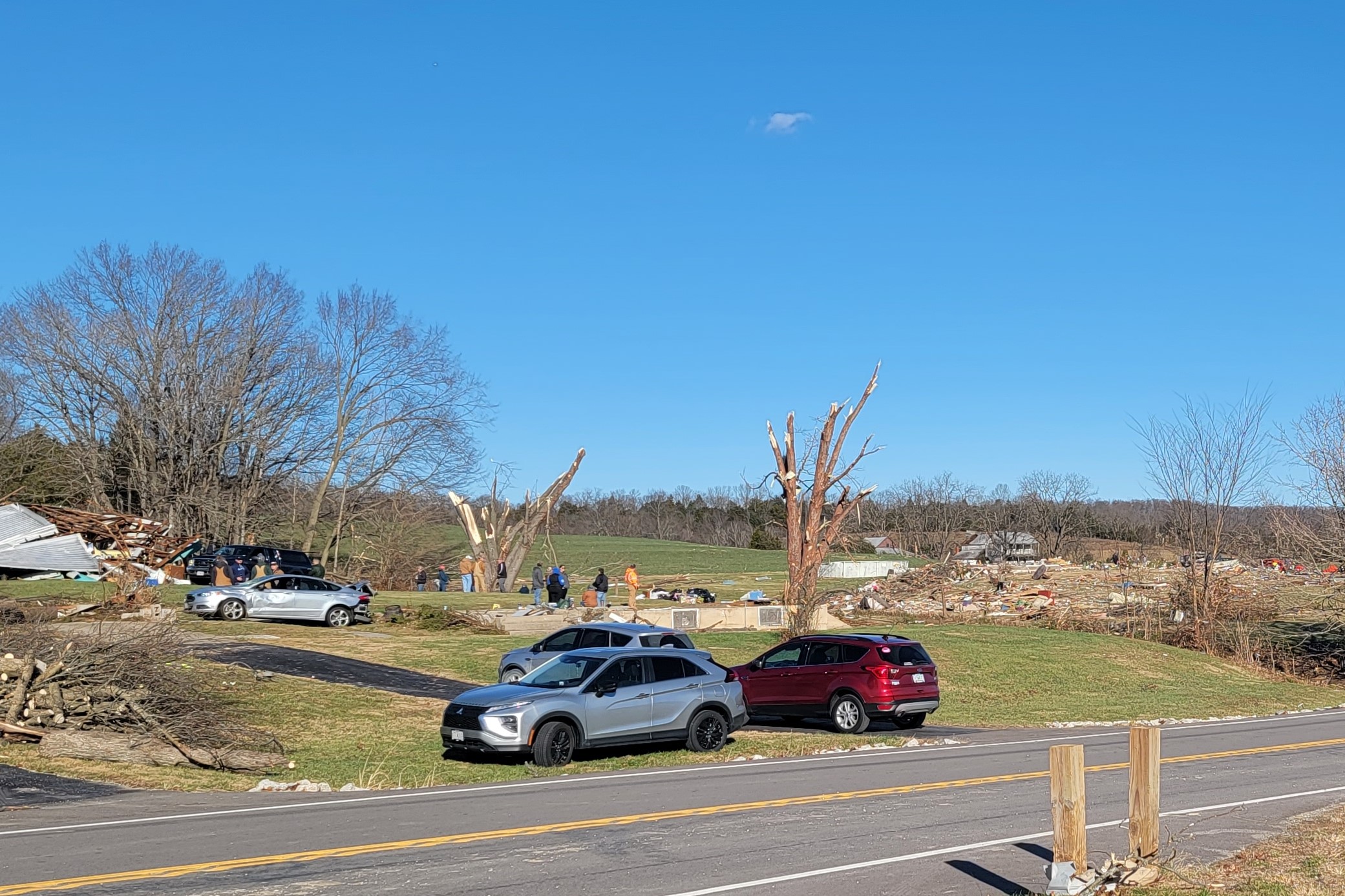 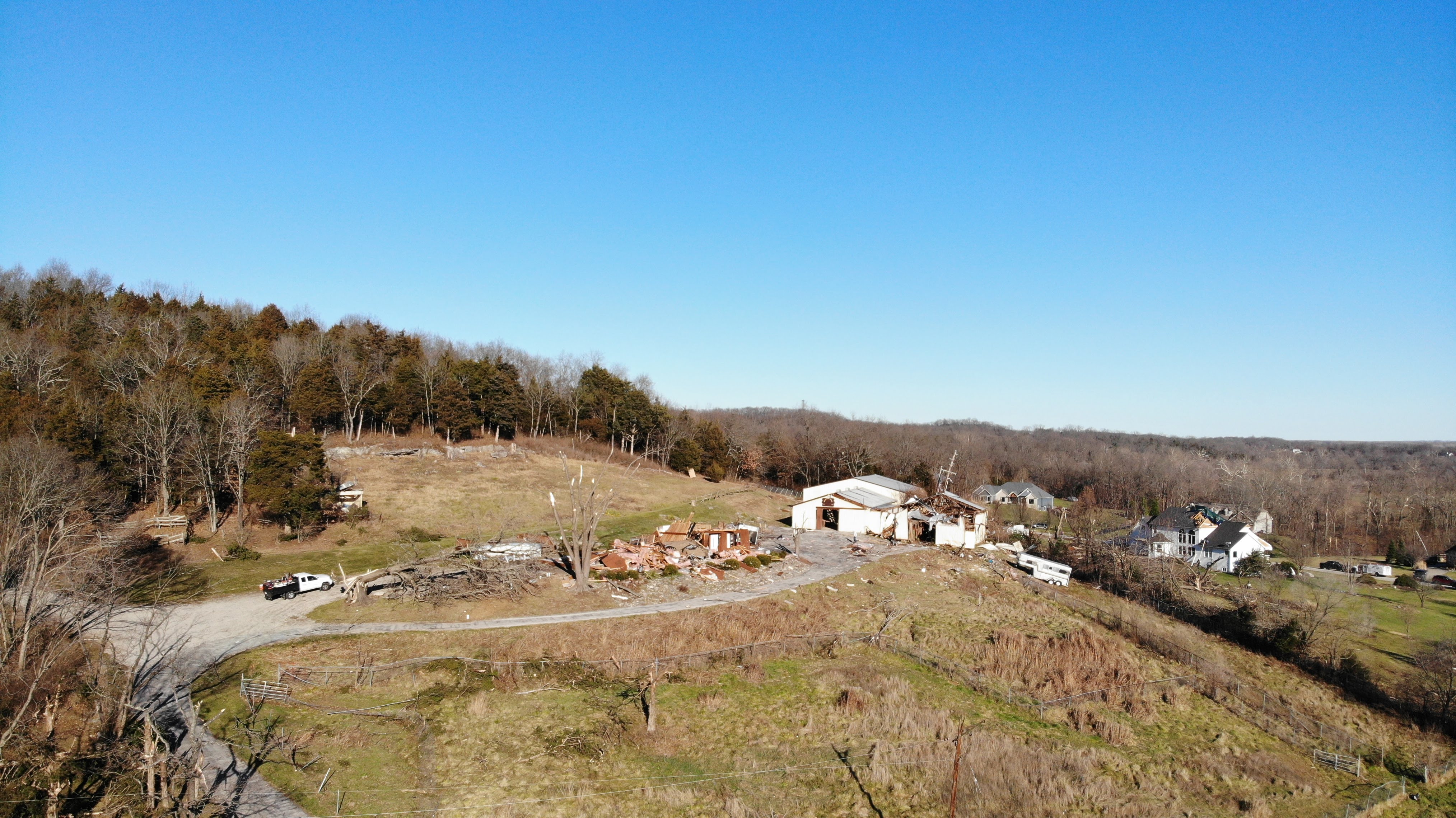 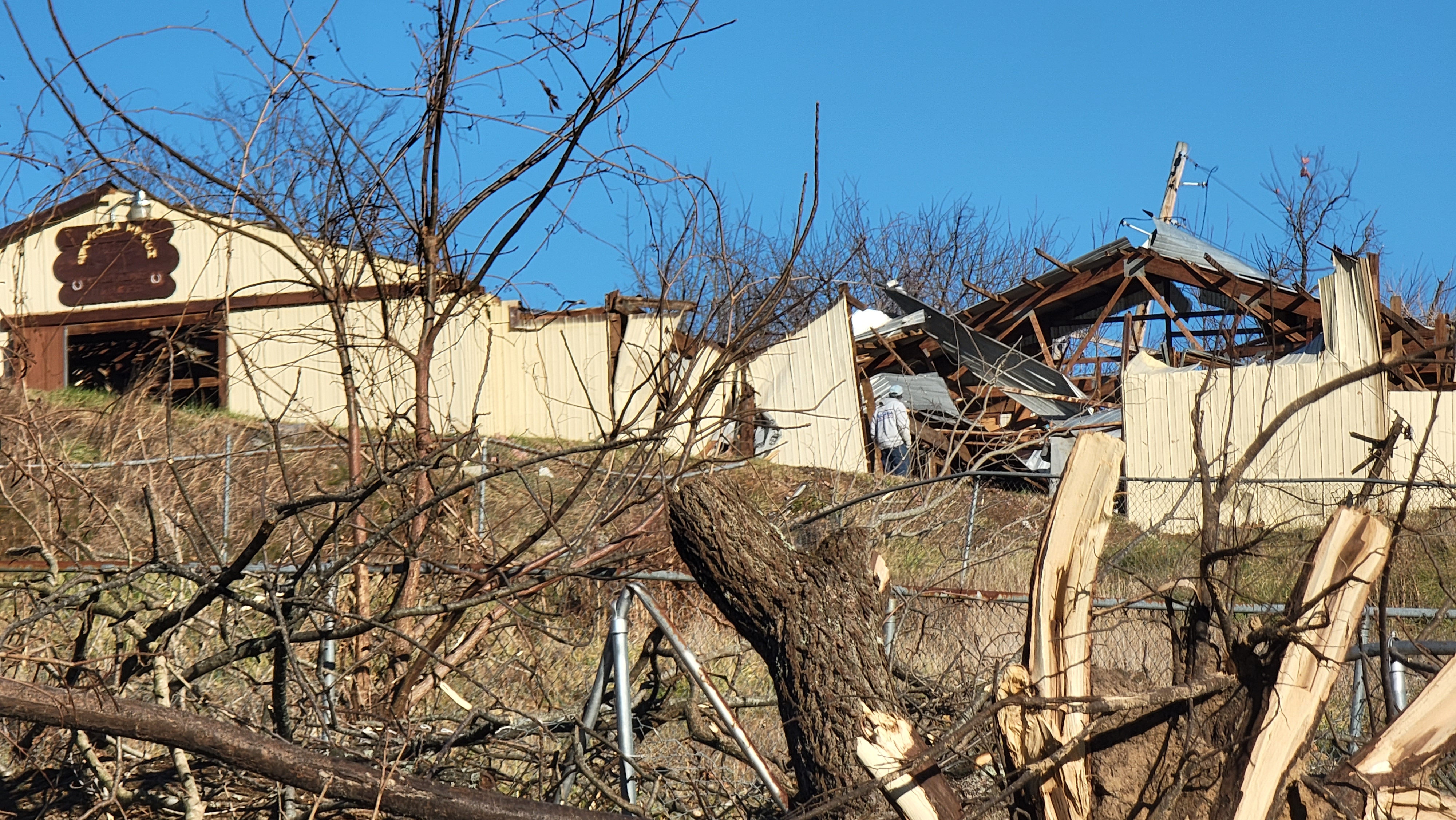 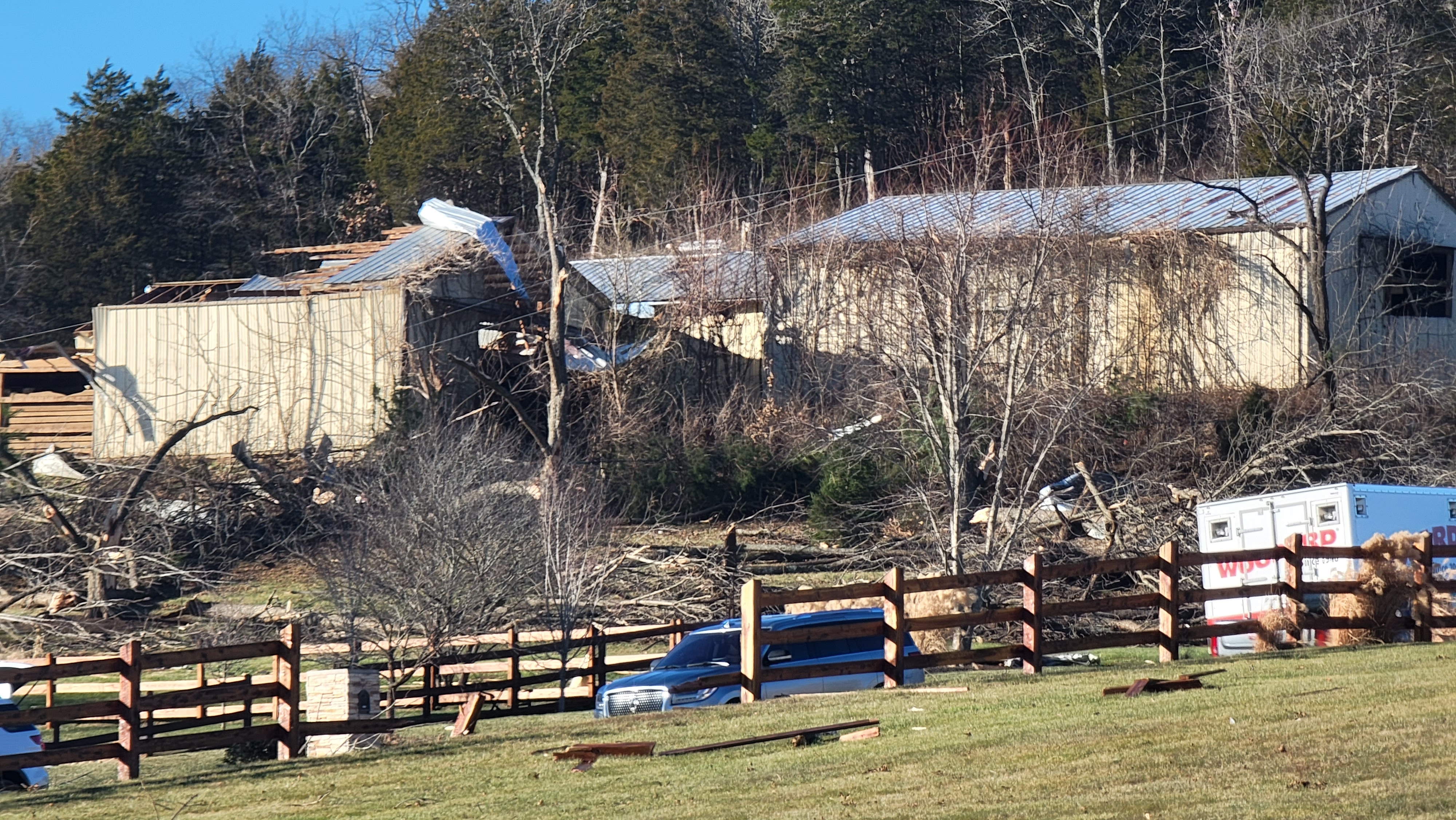 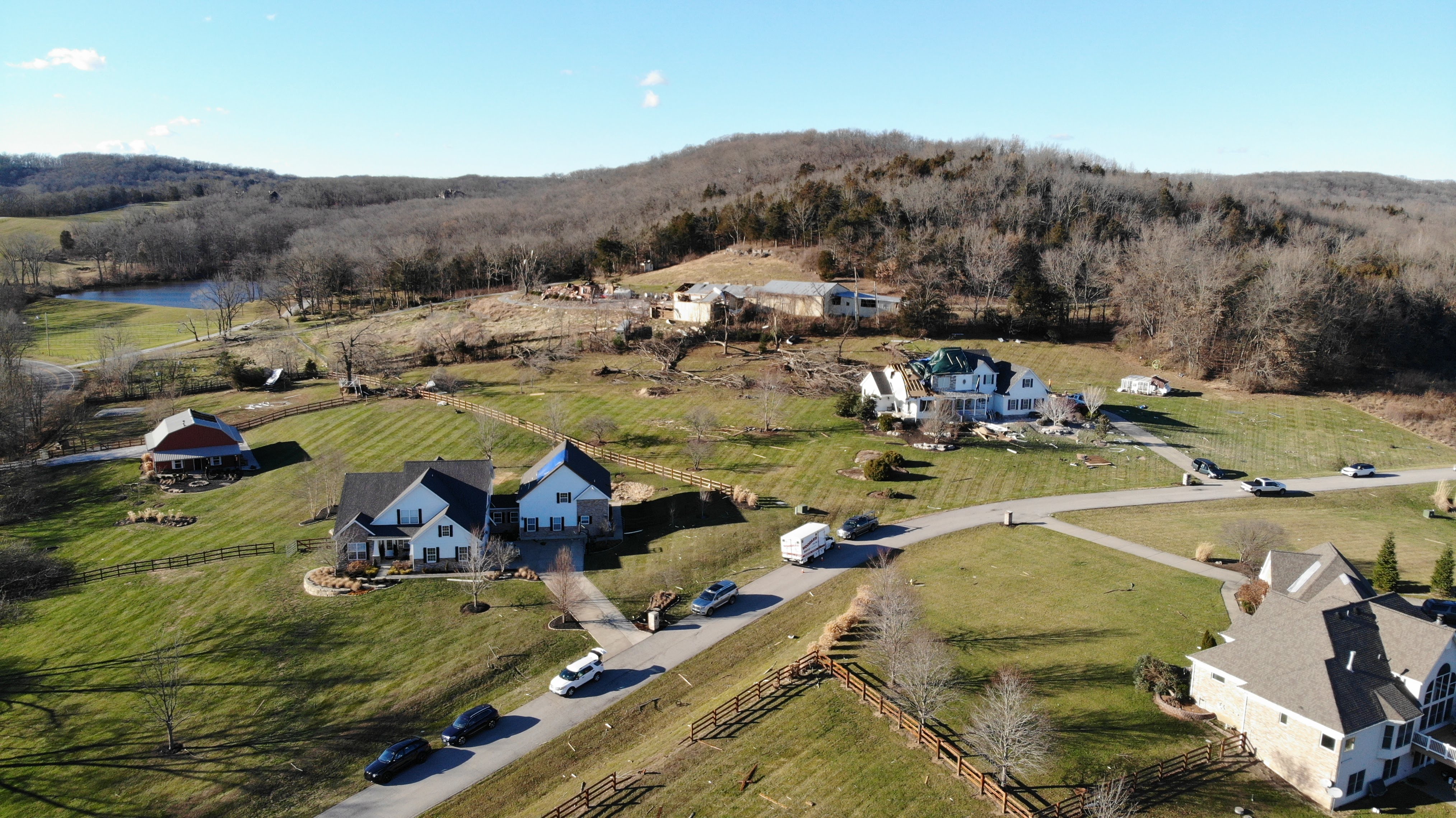 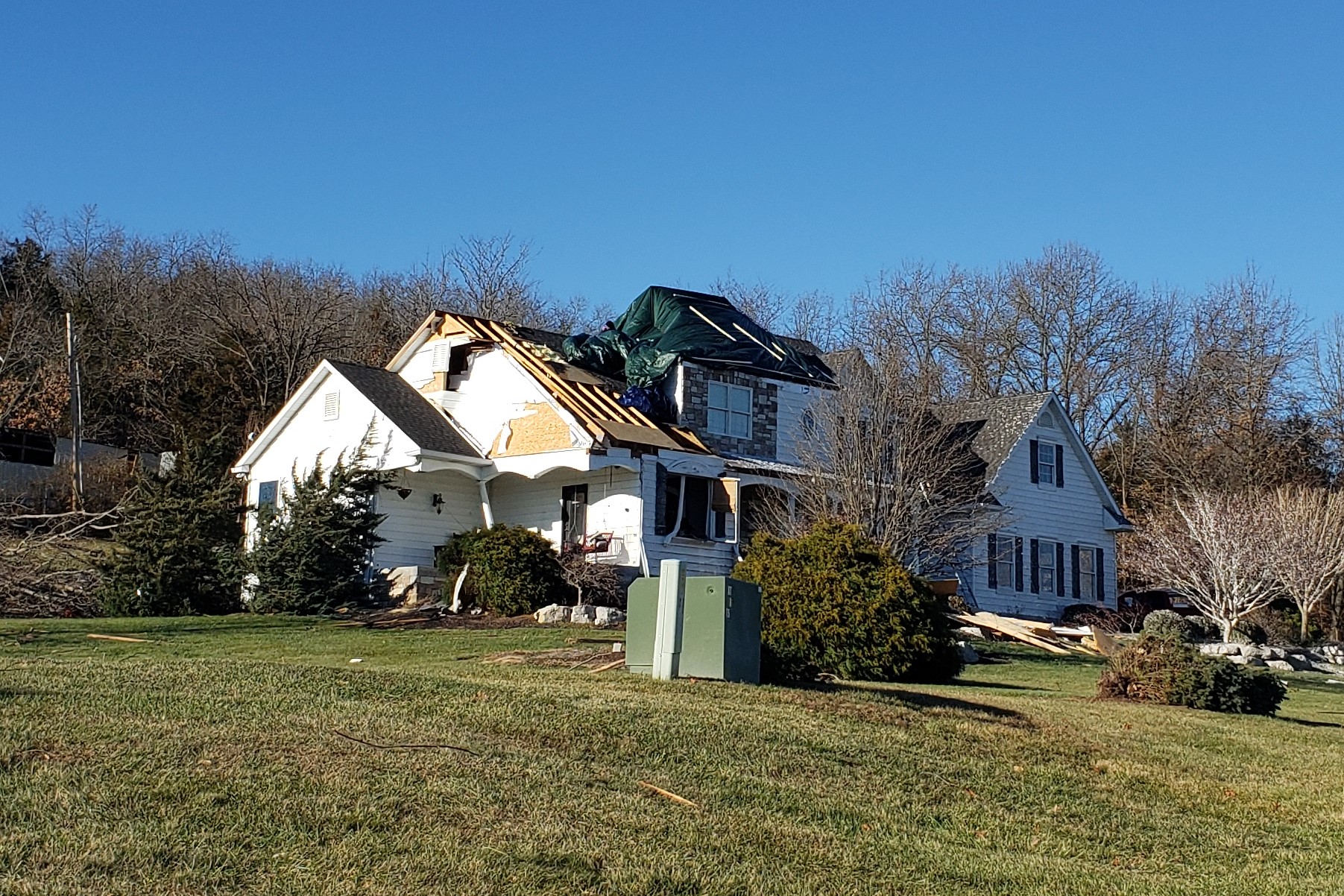 Corners of Highway F and Highway 94. 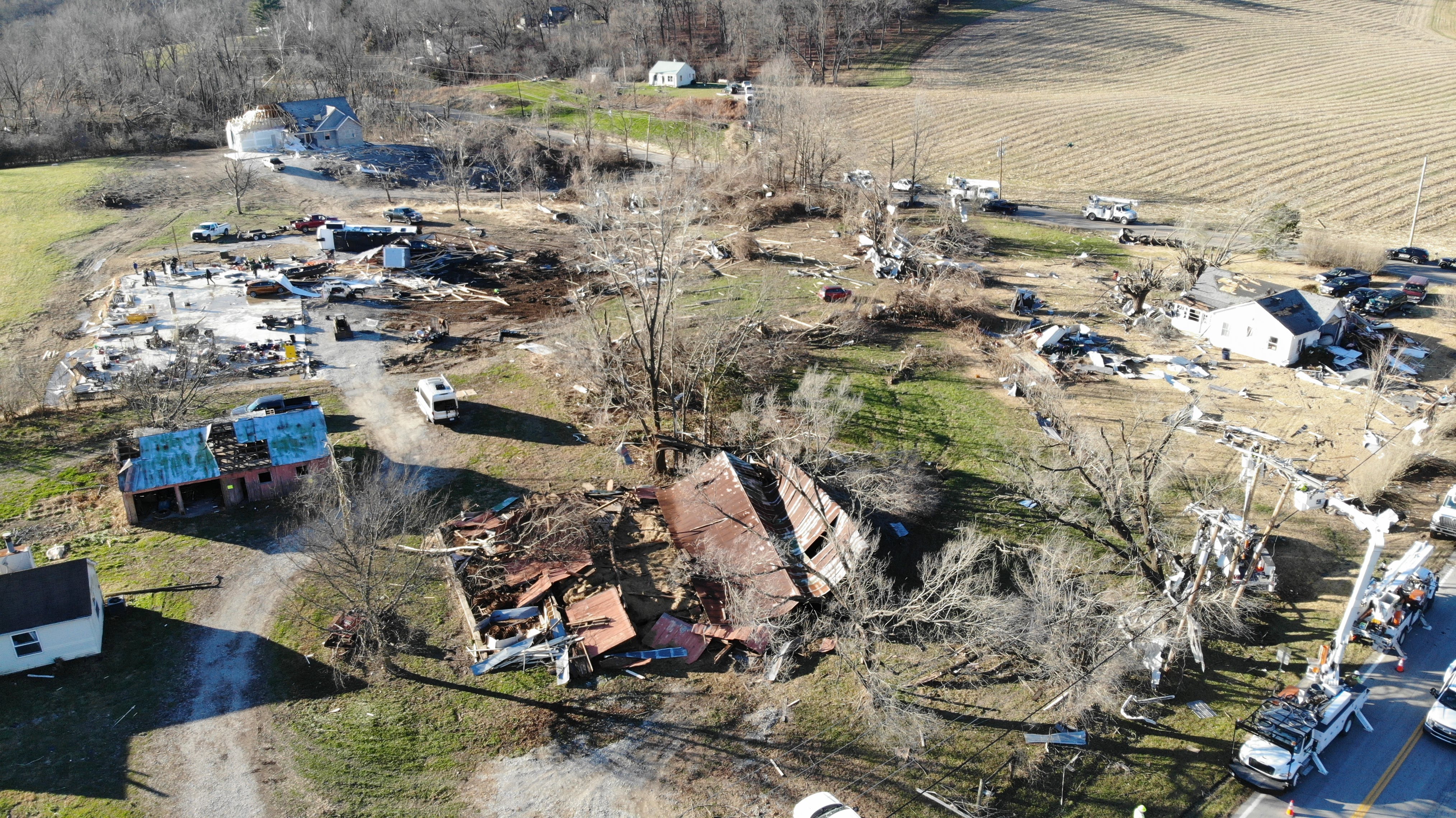 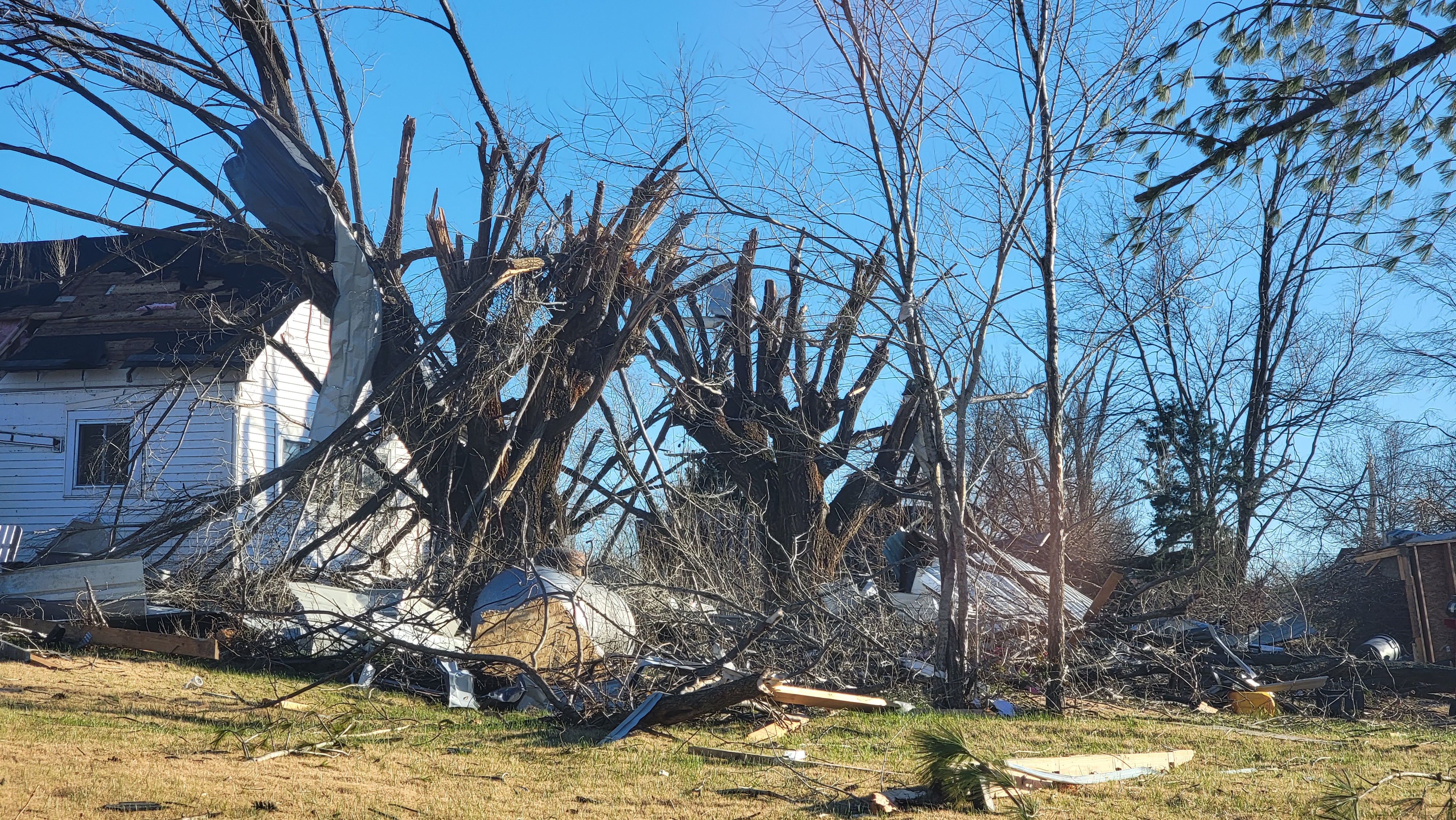