Published: February 06 2022 | Print | Email | Hits: 831
Tweet
Hunt for Hunger was started in 2016 by nine-year-old David Neier, a Daniel Boone Elementary student at the time. David was concerned when he realized that children in his community were going to bed hungry. That year, David, an avid hunter, decided to donate his deer to help those families in need and encouraged others to do the same by going door to door and asking hunters to join “Hunt for Hunger.”

Hunt for Hunger has been a huge success ever since, and David is now a 14-year-old 8th grader at Francis Howell Middle School. So far this year, David’s campaign has delivered over 3000 pounds to local food banks. Since 2016, 22,500 lbs of pure venison has been donated through Hunt for Hunger/Share the Harvest for St. Charles County.

David would like to thank Josephville Meat Market and all the hunters that donated their deer, and he hopes they will continue to do so next year. David said, “You can’t believe how much of a difference the venison makes to struggling families in our community.”

Just a reminder, donating your deer to Hunt for Hunger/Share the Harvest for processing is free, simply check with your processor that they participate in the program. You can follow on Facebook at Hunt for Hunger. 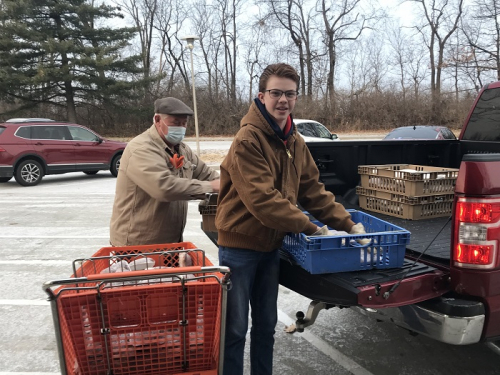