Published: April 02 2022 | Print | Email | Hits: 715
Tweet
On March 12, the Defiance Merchants Association hosted the 2nd Annual Defiance St. Patrick’s Day Festival. Considering the frigid temperatures in the morning and a forecast that predicted there would be snow on the ground (luckily, the forecast was wrong,) the day was a huge success.
The Festival began with a St. Patrick's Day 5k walk/run on the Katy Trail, beginning and ending at Good News Brewing Company. The winners were Jaden Elgin, 1st place male, with a time of 18:22 and Lori Riti, 1st place female, with a time of 20:43. Congratulations, Jaden and Lori.

The parade began at noon, and there were over 70 entries throwing plenty of candy, beads, beach balls, t-shirts etc.; the crowd did not walk away disappointed. The parade's Grand Marshall was Paul “Bud” Haedike with Folds of Honor. Bud is a 97-year-old WW II Veteran and was a Bombardier on B-17s; he went on 23 combat missions. At the time, he was only 19 years old.

The following entries were the top winners of the parade. The Golf Cart/UTV/ATV class winner goes to Anthony and Kathy Westcott for their Golf Cart ‘Paddy’ dressed up in traditional green attire and towing behind them their Pot O’ Gold. The winner in the Best Float category went to the Missouri River Irish Festival/St. Charles Sister Cities Irish Chapter. The best Classic Car winner went to One Elf and a Ladder for the Dodge Viper SRT-10, and last but not least was Aspen, the winner in the Best Pet Category. All entries and parade-goers deserve a huge thanks for bearing the elements and making the parade a fun time for everyone. After the parade, there was music by the Seventh Planet Band, plenty of food, drinks and fun!

The winners of the parade: 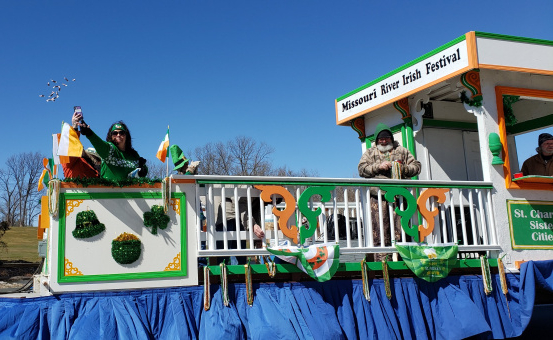 Anthony and Kathy Westcott for their Golf Cart ‘Paddy.

The best Classic Car winner went to One Elf and a Ladder for the Dodge Viper SRT-10. 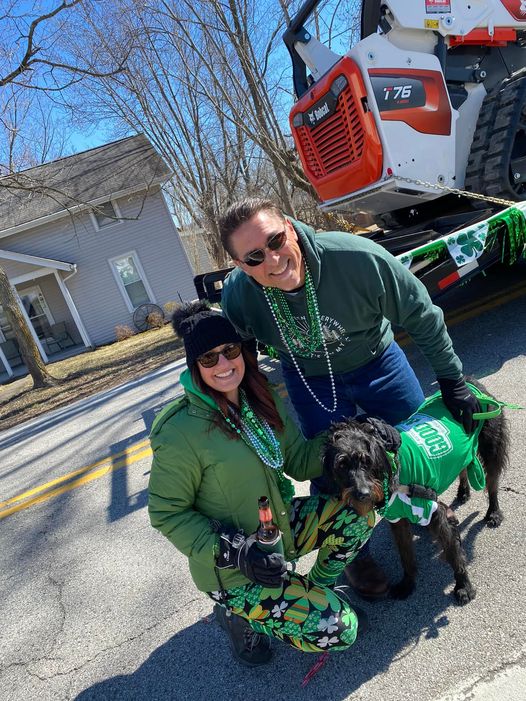 Aspen is the winner in the Best Pet Category. 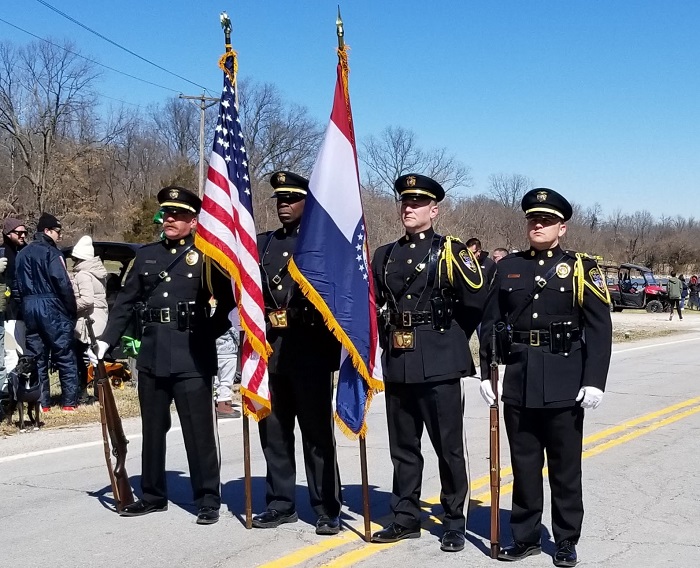