The Society has been leasing the Kamphoefner House, 3565 Mill St, New Melle, from Fred Weber, Inc., since 1993. Unfortunately, we were recently given notice that they are terminating our lease because they are placing the property on the market. We are so grateful for the use of the property for these past 29 years! 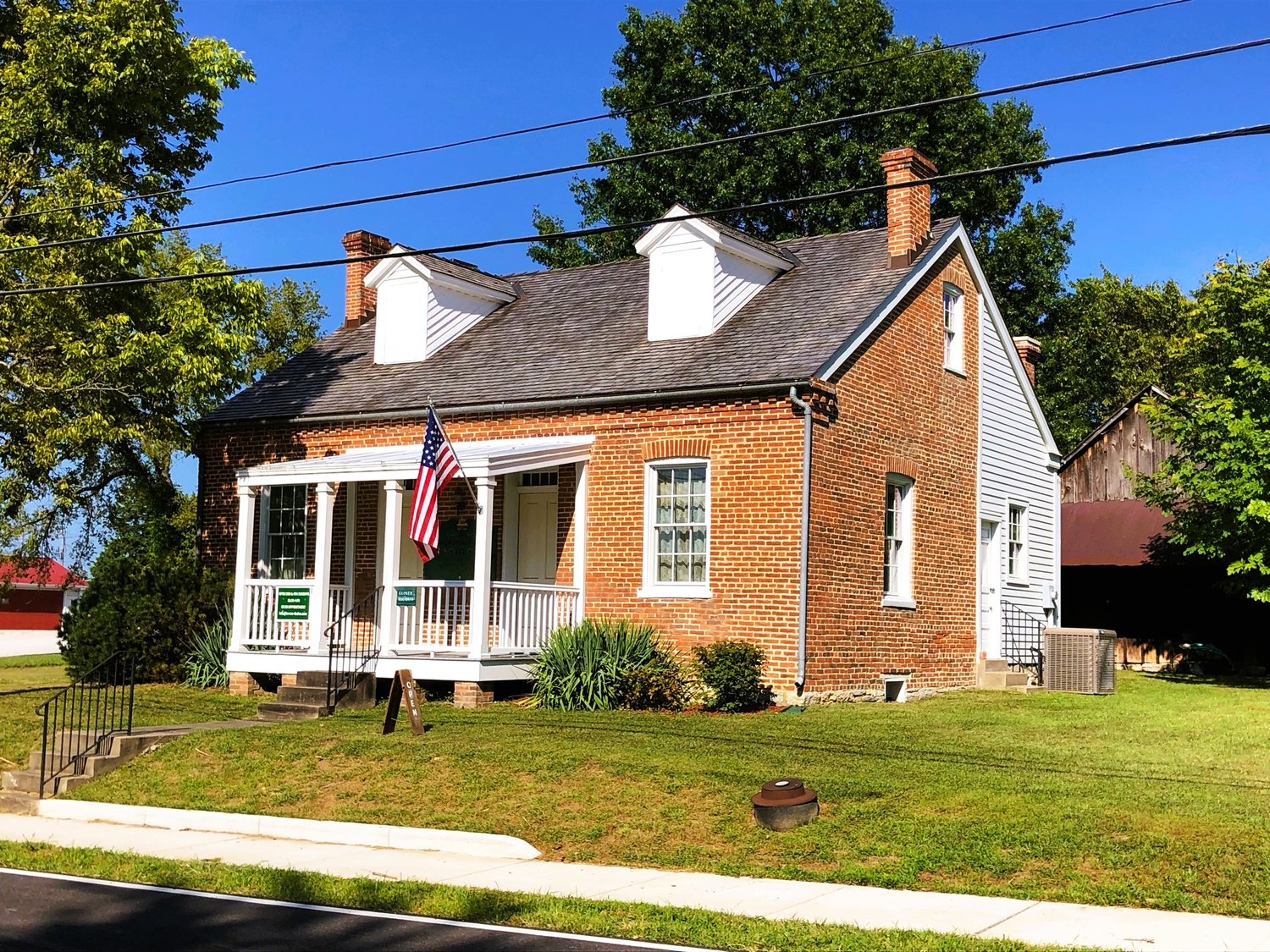 The Kamphoefner House was built in 1871 from native brick fired at the Stahlhuth Kiln in New Melle. It was originally the home of Friedrich and Wilhelmina Weinrich Kamphoefner, who were the parents of 12 children, all born in the house. A building on the north side of the house was Kamphoefner blacksmith shop and Ernst Auping’s wagon shop. Friedrich died in 1912 at the age of 65, but Wilhelmina continued to live in the house for another 34 years, and died in 1946 at the age of 94.

The Society has been using the Kamphoefner house as a meeting place, a museum and archives storage. It contains historical displays and a collection of books and files for researching local history and genealogy. Displays are also found in the building behind the house, which served as the Kamphoefner family summer kitchen and smoke house, and the Methodist School, which was moved to the property.

Unless someone volunteers to buy the property for us, we have until October 10th to vacate the premises. We may have to store our collections, but ideally, we would only have to move once to a new home in the area. The school could be moved to another location, but it will probably stay with the property. Unfortunately, we won’t be able to move the trees planted in memory of Dr. Robert Thomasson and Larry Prager, two of our founding members who served the Society in so many ways.

The Society was officially founded in 1986. The first set of by-laws stated, “The leading purpose shall be to collect, receive, record, preserve, study, exhibit and share things pertaining to the histories of Daniel Boone, Gottfried Duden, the Boone Settlement, and the Duden Settlement of Missouri.”

Is there a business or individual in the area who would be willing to share some space with us, so we can continue our mission? If you can help or would like more information, contact Cathie at This email address is being protected from spambots. You need JavaScript enabled to view it. or 636-359-6175.