Venture outside on a cold, clear January night, and you could encounter a heavenly angel.

The moon is our faithful companion on Earth’s journey through space and is a nocturnal beacon for Earth’s creatures. The moon is about a quarter of a million miles away, around a quarter of the Earth’s diameter. While that may sound small and far away, it’s significant enough to exert a powerful influence over life on Earth. 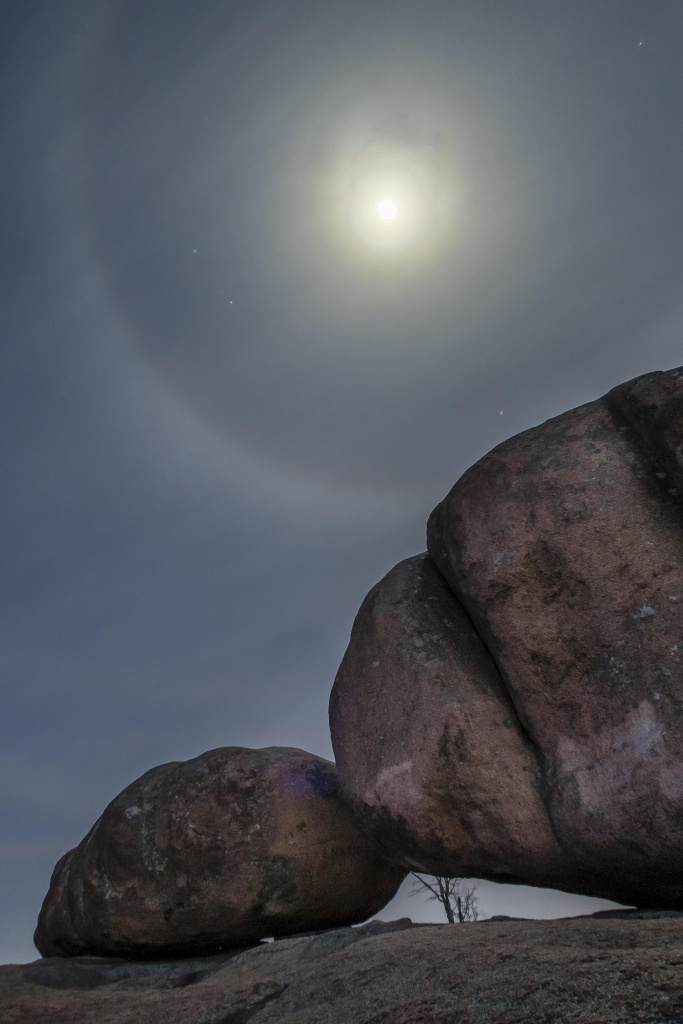 Most people have seen the moon in its different phases. As it circles our planet, it cycles through these phases every 29.5 days. We start the cycle with the New Moon, when it lies between Earth and the sun and hides in darkness. The moon first reveals itself as a thin crescent in the early evening sky, lit on the right-hand side. This is the waxing part of the cycle. As the nights progress, the lunar orb rises anywhere from 30 to 70 minutes later each evening, depending on phase and time of year, while it makes its way around the Earth.

We see more and more of the lunar surface washed in sunlight each night, as the crescent shape grows to First Quarter, or what we often call a “half-moon.” This happens about a week into the lunar cycle, or a quarter of the way through. From the first quarter, the lit area expands nightly through the waxing Gibbous phases until the entire disk is illuminated as a Full Moon, about two weeks into the cycle.

After the Full Moon, it transitions to the second or waning part of the cycle, a mirror image of the first. Moonlight recedes nightly from the left side of the disc through the waning Gibbous phases and toward the Third Quarter. Here we see a “half-moon” lit on the left side, about three weeks into the lunar cycle. Finally, the moon shrinks through the waning crescent phases until it becomes a new moon again.

Wild creatures on Earth have formed an intimate connection with the moon and its cycles. Birds and other animals are known to use the lunar beacon as an aid in migration and navigation. Some animals align their reproductive efforts with the moon’s phases. Nocturnal creatures can hunt or forage more easily under the moonlight. And of course, the moon’s gravitational pull is the puppet master that controls the tides of our oceans.

Scientists believe that it may have been the receding tides of primordial Earth that first stranded some aquatic organisms on the land, paving the way for developing the very earliest terrestrial lifeforms. Humans, and all creatures of the land, may owe our very existence to the moon's powers.

There can be something extra special about a winter moon when it’s nearly full. The colder atmosphere encourages ice crystals in high cirrus clouds to form, which can bend and reflect the moon’s light to create a giant circle around it. These lunar halos can range from ghostly pale to almost rainbow-like colors. Other than being a phenomenon of winter nights, there’s no predicting exactly when a lunar halo will form. Muster up a sense of adventure, take a look, and you just might spot one of these moon angels.

The moon has a very profound and nurturing influence on Earthly life. And every so often, on a brisk winter’s night, it reveals itself as our guardian angel.
Prev Next
Category: News / Community Interest