JEFFERSON CITY, Mo. – State Rep. Bryan Spencer this week announced that six residents from the 63rd legislative district were named as recipients of Lieutenant Governor Mike Kehoe’s Senior Service Awards. Donald Hendrich of New Melle, Mildred Groeper of Wright City, Shelley Brubaker of Foristell, as well as Dennis Linnenbringer, Diane Ransom and Helen Schultz of Wentzville are six of more than 70 seniors from around the state who were honored for their activism within the community.

Spencer, who nominated Hendrich, Ransom, Groeper, Brubaker, Linnenbringer and Schultz for their awards, attended a special ceremony at the State Capitol to honor them and the other outstanding seniors.

“Our district is so blessed to have such incredible individuals who have dedicated their lives to selfless service. Donald, Diane, Mildred, Shelly, Helen, and Dennis have all worked tirelessly to make their communities better, and we should all be sincerely thankful for the work they have done, and continue to do,” said Spencer, R-Wentzville.

He added, “I was honored to stand with Lt. Governor Kehoe to present these prestigious awards to these five remarkable Missourians who have made such a profoundly positive impact on all those around them.”

First created in 2005, the Lieutenant Governor’s Service Award acknowledges senior citizens who provide their local communities with at least 40 hours of community service per year. Recipients are individuals who epitomize the values of giving, being a good neighbor, and commitment and service to others. Lt. Gov. Kehoe presented Hendrich, Ransom, Groeper, Brubaker, Schultz and Linnenbringer with their awards during a ceremony at the State Capitol on May 6. 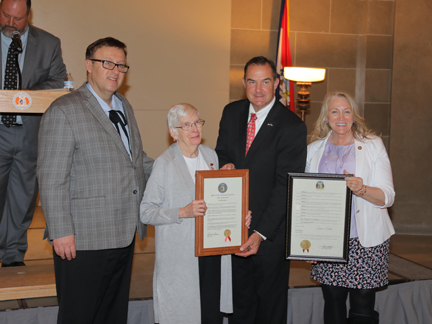 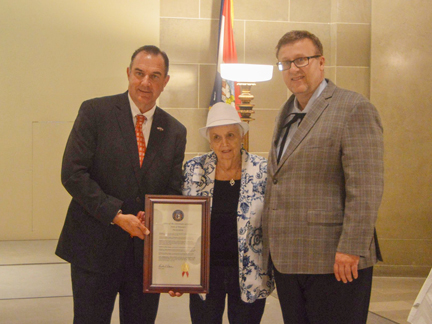 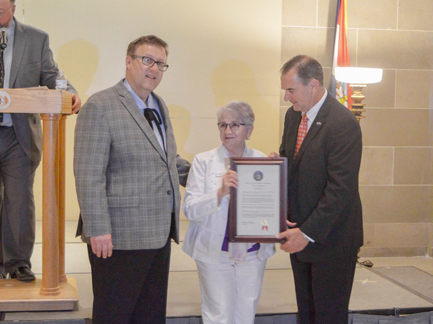 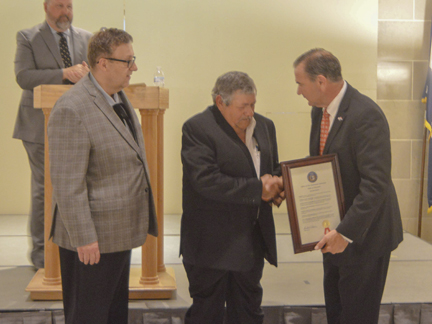 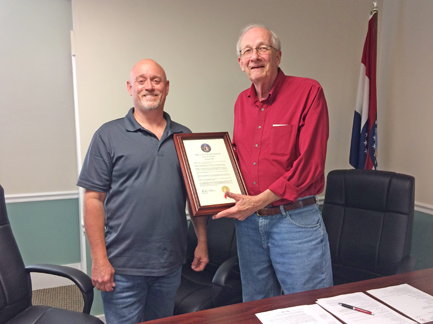