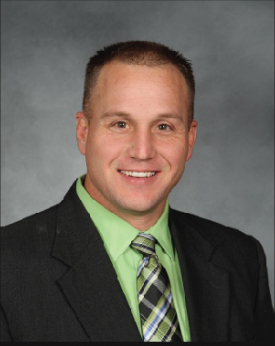 As the new superintendent, Hoven is looking forward to the challenge of leading the District. “Francis Howell has an amazingly rich history, and the students achieve at an incredibly high level,” said Hoven. “I am honored and humbled to be part of such a great district. I am excited to step into this role and am looking forward to working with our students, staff, and community to continue moving the District forward.”

Dr. Hoven started his teaching career in Hazelwood and then Pattonville, where he taught high school math and coached football, wrestling, and golf. In 2003 he became the Assistant Principal at Pattonville High School, and in 2008 he was named the Principal of Rolla High School. In 2012, He moved to the Wentzville School District, where he served as the Principal at Timberland High School. In 2015, he became Wentzville’s Assistant Superintendent for Human Resources. Hoven came to FHSD in 2018 as the Chief Academic Officer and added the additional title (and responsibilities) of Deputy Superintendent in 2019.

Hoven has a balance of knowledge and experience in many different areas, including instruction, leadership, personnel, finance, and communications. Hoven’s career has enabled him to develop strong leadership skills built on relationships, trust, communication, collaboration, and sound decision making.

Hoven has presented at the annual MSBA, MASSP, and MO-CASE conferences, and has facilitated the SASSP Aspiring Principals Workshop. He served on the MSIP 5 Regional Advisory Committee, and currently leads the academic goal area of strategic planning.